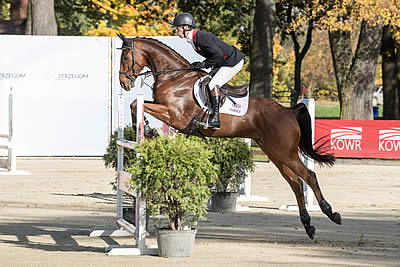 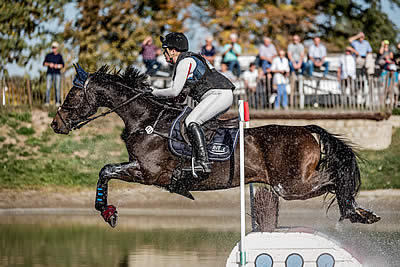 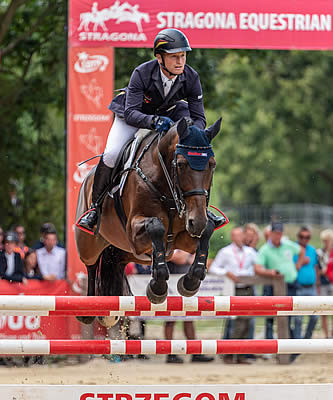 Strzegom is preparing itself for last competitions in eventing in 2019. Strzegom October Festival will take place in less than a month.

All courses will be very educational for horses and riders. The level will be friendly, soft, and very good for the first time at that level. 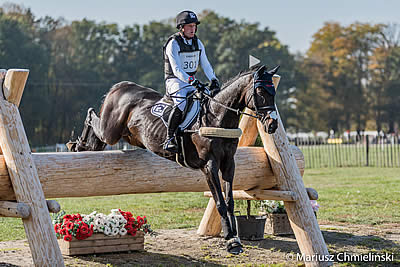 Michael Jung (GER) with the 10-year-old Lennox 364 won the CI-long3* class, the most prestigious class during Strzegom October Festival.

It was an exhilarating showjumping trial played out between the current Olympic champion and the team gold medallist from this year’s World Equestrian Games, Gemma Tattersall (GBR). Michael Jung, competing on three horses, has taken the first three places after the dressage test. Gemma Tattersall changed the game after the cross-country trial, taking the lead with a clear round in time with the 8-year-old Chilli Knight. The British rider was unlucky in the showjumping trial, with the last fence down taking away her lead and leaving her at the third position overall. Michael Jung had two clears at the showjumping: he won the class with Lennox 364 and took second place with Corazon.

“I’m very happy about Lennox and Corazon; they are both really good horses, especially Lennox did a very nice dressage test; he’s a super mover. I had a great feeling about our ride in the cross country; he’s in a super condition; he jumped everything very easily. The showjumping is not his best specialty, but it went really well; he was really strong and gave me a great feeling. I’m very happy that he’s back after his injury,” said Michael Jung after his win.

The best Polish rider of the class turned out to be Mateusz Kiempa with the Polish-bred Grand Supreme, and the pair took 14th place overall.

Strzegom October Festival was record-breaking when it comes to the number of horses that competed during the show. 420 horses with riders from 22 countries took part in 6 international and 4 national classes at different levels of difficulty.

Andreas Dibowski (GER) won the CI-short 1* class with the 15-year-old FRH Butts Avedon. The leader after dressage and showjumping, Jule Wewer (GER), had a fall at the cross-country trial, resulting in an elimination. Jerome Robine (GER) took second place with Guccimo R, and third went to Janneke Boonzaaijer (NED) with Campbelle WS. The best Polish rider in the class, Paweł Spisak (POL) with Admirał, was fourth.

The podium of the CI-long 2* class belonged to women. Anais Neumann (GER) was the best in the class with Pumuckel E. She took the lead after dressage, had a clear round in the cross-country, and even one knockdown at the showjumping trial did not keep her from winning the class. Second place went to Kari Ingrid Gunzenhäuser (GER) with Let’s Dance 73, and third to Eliska Orctová (CZE) riding Bonus 1. The best Polish athlete in the class was Helena Zagała with Contendro Lady, finishing at the 7th position.

The CI-long 1* class was played out in two sections. In section A, victory belonged to Kaya Thomsen (GER) with Horseware’s Bary, and in section B the winner was Michael Jung with Go For S. 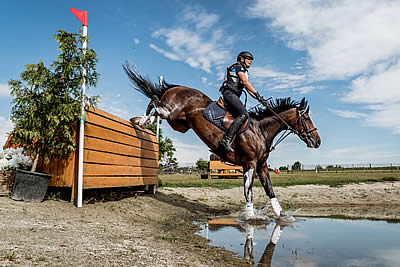 420 horses have been submitted to compete at Strzegom October Festival. Morawa has not yet seen so many competitors!

International eventing competition Strzegom October Festival finishes the 2018 sport season in Stragona Equestrian Centre. It’s the last chance this year for the audience to see equestrian competitions at the hippodrome in Morawa.

Athletes from 22 countries will compete in 6 international and four national classes. A lot of well-known names can be found among the athletes competing at the show, including the Olympic champion and the first rider ever to have held the titles of European, World, and Olympic champion at the same time, Michael Jung (GER); Andreas Dibowski (GER), the team Olympic champion from Hong Kong; and Emma Tattersall (GBR), the team gold medallist at the 2018 World Equestrian Games in Tryon. When it comes to athletes from Poland, we’ll have the opportunity to see, among others, Jan Kamiński, the Polish national champion from this year, and Paweł Spisak, the most titled Polish eventer.

Strzegom October Festival starts on Thursday. During the first two days the athletes will present their horses at the beautiful and harmonious dressage trial. The cross-country test, an obstacle course in full gallop, the most spectacular of the trials, will be held on Saturday and Sunday. On Sunday the audience will have the opportunity to see the final playoffs, showjumping and cross-country, which will determine the winners.

Entry and parking are free of charge. 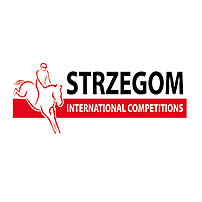 You can see the current results from all competitions during these 4 days on the website: www.ZawodyKonne.com. 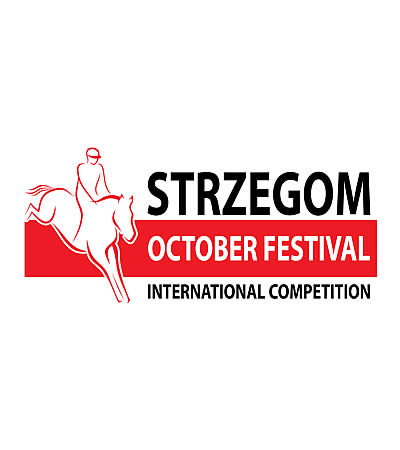 International and national competition in eventing will take place in Strzegom this week. Strzegom October Festival is the event closing the season in Equestrian Centre in Morawa and it is impressive with a number of entries and top stars participating.

Strzegom October Festival is a new event at sport calendar of Equestrian Centre in Morawa. It will take place for the first time this year.

There are four international competitions in the schedule: CI-short 3*, CI-long 2*, CI-short 2* and CI-long 1*, as well as four national CNC 1*, CNC P, CNC L and CNC L-18 — 250 horses on starting order lists including 170 horses in international classes and 80 in national.

Riders from 14 countries will take part in the event. International classes are dominated by German athletes – the number of them will be bigger than Polish riders!

The CI-short 3*, CI-long 2*, CI-short 2*, CI-long 1* and CNC 1* cross country test on Saturday will be surely exciting. The rebuilt second water fence will be a new challenge for riders.