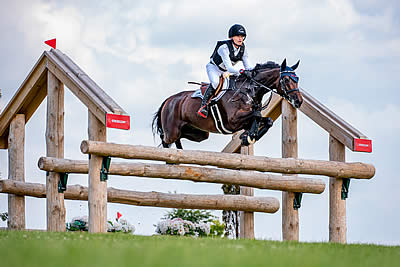 Strzegom October Festival is traditionally the end of the season at the hippodrome in Morawa. This year it will be accompanied by European Youth Eventing Masters. It’s a brand-new project in the European equestrian calendar, with classes for all youth categories. “Our goal was to create another chance for young athletes to compete individually and as a team, apart from championship events,” says Marcin Konarski, the organizer of the show. “The rivalry will be based on Nations Cup classes. The show will see teams of 3 or 4 riders compete in a team.”

Ten classes will be played out at Strzegom’s arenas, including youth categories of ponies, juniors, and young riders. The equestrian facility in Morawa will host more than 370 horses from 20 countries.

The entry list includes top international eventers, such as German rider Michael Jung – the current Olympic gold medalist and the only rider to ever hold the titles of European, world, and Olympic champion at the same time; his teammates Julia Krajewski, Andreas Dibowski, Dirk Schrade, and Frank Ostholt – team Olympic medalists, as well as Yoshiaki Oiwa – the gold medalist of the Asian Games.

Top Polish athletes will also take part in the competition, including the medalists of this year’s senior national championships: Mateusz Kiempa and Małgorzata Korycka.

Strzegom October Festival starts October 7with dressage tests. Cross-country, the most exciting of the trials, will be played out over three days. We will know the winners on Sunday after the XC and jumping.

Fans will have the chance to cheer on their favourites online, thanks to livestream of the cross-country trials. It will be available to watch at www.eventing.strzegomhorsetrials.pl, Świat Koni website, and the show’s Facebook.

Strzegom is starting a brand-new project in the European equestrian events calendar – European Youth Eventing Masters. The first edition will be played out during Strzegom October Festival, from the 8th until the 11th of October in Morawa.

European Youth Eventing Masters is a show for every youth age category – Ponies, Juniors, and Young Riders. The athletes will compete in CCIOP2*-L (ponies), CCIO2*-L (juniors), and CCIO3*-L (Young Riders).

The rivalry is designed similarly to Nations Cup classes – each competition will include teams of 3-4 riders.

“Our goal is to give young riders a chance to compete individually and as a team, apart from championship events. We hope that the riders will find the show interesting, because we would like to host it in Strzegom during the coming years,” explains Marcin Konarski, chair of the Organising Committee.