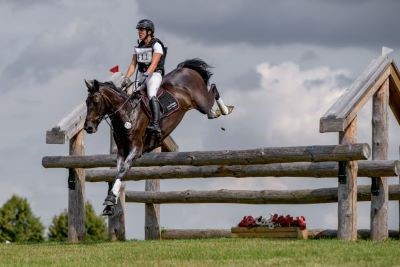 Almost 400 horses, 12 classes, top athletes, and a chance to celebrate – Strzegom October Festival, a jubilee 50th edition of the international competitions in Strzegom starts on Wednesday 13 October at the hippodrome in Morawa.

Strzegom October Festival traditionally finishes the eventing season at Stragona Equestrian Centre. This year it will be a unique event, as it marks the 50th international competition in Morawa. 12 classes will be played out, including the youth categories: ponies, juniors, and young riders will battle it out in the European Youth Eventing Masters. The arenas in Morawa will host almost 400 horse and rider combinations, representing 23 nations.

Strzegom October Festival starts on Wednesday with dressage tests. Cross-country, the most exciting part of the equestrian triathlon, will be played out over three days. The final trials and prizegiving ceremonies will take place on Saturday and Sunday.

Entry and parking are free of charge. The audiences will also have a chance to cheer on their favourites during the cross-country livestream, via Eventing.strzegomhorsetrials.pl, Clipmyhorse.tv, and Facebook.