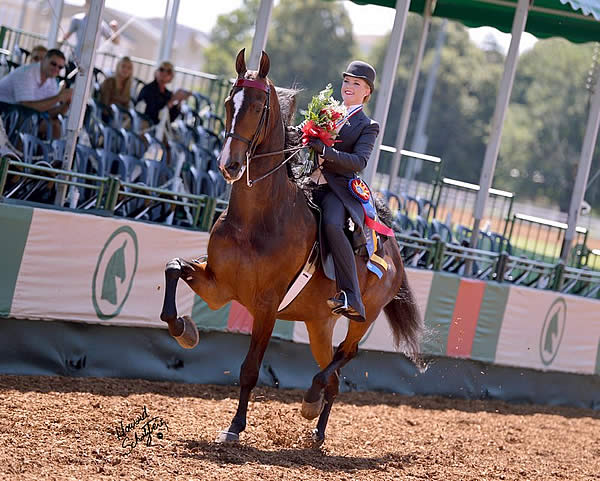 Lexington, KY – From June 26-29 the U.S. Saddle Seat Young Rider Team will compete against Junior and Senior teams from the Republic of South Africa in three- and five-gaited saddle seat equitation competition. This second U.S. Saddle Seat Invitational of 2013 will be held at Cascade Stables in New Orleans, LA’s historic Audubon Park.

The U.S. Saddle Seat Invitational is an international Saddle Seat Equitation competition in which three- and five-gaited competitors ride unfamiliar horses in rail work and pattern phases. It will be the second ever competition for the newly formed U.S. Saddle Seat Young Rider Team, and will be broadcast live on USEF Network.

The public is welcome to attend practice sessions and competition. The schedule is as follows:

On-demand video from the first U.S. Saddle Seat Invitational of 2013 in Fulton, MO is available on USEF Network.

The trials will be held at William Woods University in Fulton, MO, on December 7, 2013, with the team being announced that evening.

Online applications and materials may be submitted by USEF Members through the My USEF Account at https://www.usef.org/_AUAIFrames/Login/Default.aspx. To submit an application, follow these steps:

Applications are due to the USEF by September 3, 2013. 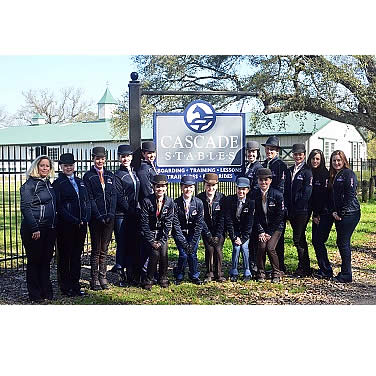 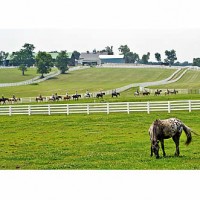 Here’s your opportunity to explore the Kentucky Horse Park with your own horse! On March 13 & 14, the Kentucky Horse Park Foundation is hosting a two-day trail ride prior to the opening of The Road to the Horse (a three-day event matching some of the country’s best horse trainers and clinicians against one another, being held for the first time at the park this March).

Single entry fee of $50 allows access to trails on either or both days.

Stabling is available for an additional fee of $20 per night.

END_OF_DOCUMENT_TOKEN_TO_BE_REPLACED

Applications due Monday, May 6

February 13, 2013 — Lexington, KY — USA Equestrian Trust is pleased to announce IRS-registered equine non-profit organizations will have two opportunities to apply for funding in 2013 as part of the foundation’s grants program. The Trust’s board expanded the grants program to two periods in 2012 and awarded nearly $335,000 in grants, an increase of almost 70 percent compared to 2011.

To apply for funding, visit the Trust’s newly revamped website at trusthorses.org. The site includes an extensive guide of frequently asked questions to assist applicants, as well as profiles of the work being done by selected past recipients.

“The Trust is pleased to make our simple online application process even easier,” said USA Equestrian Trust President Alan F. Balch. “The Trust’s leadership continues to be impressed by the many worthy projects seeking to further the rich legacy of horses and equestrian sport.”

END_OF_DOCUMENT_TOKEN_TO_BE_REPLACED

Tampa, FL – January 3, 2013 – The Florida Gold Coast Quarter Horse Show was a huge success, welcoming top riders from across the country as they competed for the winning honors.  Held December 27-31, 2012, at the Florida State Fairgrounds’ Bob Thomas Equestrian Center in Tampa, FL, the Florida Gold Coast Quarter Horse Show featured five full days of events including Hunters, Equitation, Reining, Western Pleasure, Trail Riding, Driving, Showmanship and Halter classes. The show ended on the 31st to help exhibitors take advantage of the six shows needed to accumulate points before the end of the year for the American Quarter Horse Association (AQHA).

Tommy Sheets, one of the AQHA’s leading trainers, was thrilled to compete at this year’s event. “The Florida Gold Coast Quarter Horse Show provides us with a great facility to come show our horses in multiple arenas with multiple judges at one time,” he commented. “They always hire expert judges for this show. This is one of the most prestigious horse shows in our industry; the level of horses is the upper end of the show horses. With AQHA starting a new progressive program and intermediate program, it has also encouraged all levels of horses to come to this show. The weather has been wonderful here. We’ve had multiple circuit champions in the Trail and Western Riding events. The office staff has also been very accommodating to meeting the trainers’ and exhibitors’ needs.”

END_OF_DOCUMENT_TOKEN_TO_BE_REPLACED

Nicknamed the “Man of Trail,” Kimura has been a trail course designer for over 25 years and draws around 100 trail patterns each year for events across the globe. He believes in the 4 Ps of Trail: Preparation, Practice, Planning, and Performance. Kimura also believes riders should chase perfection and try to catch excellence along the way.

END_OF_DOCUMENT_TOKEN_TO_BE_REPLACED 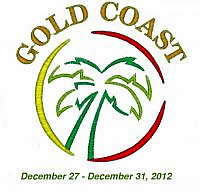 The judges for this year’s Florida Gold Coast Quarter Horse Show include:

Brian Ellsworth from Kendall, Wisconsin, who is an AAAA Rated, and has held his AQHA Judges Card for 32 years, He is also a NSBA Judge. Ellsworth has had the opportunity to judge the Youth, Amateur and Open AQHA World shows. He has also judged the Quarter Horse Congress, NSBA Breeders Championship Futurity and APHA World Shows. He and his wife Patty own and operate Ellsworth Quarter Horses.