I’ve been to Helsinki, Oslo Lyon and Verona since returning from Kentucky, and the horses have all been fine, but it involved a lot of travelling. Itot will have only a few more shows left this year, and then he might do one or two in January, and then I’ll give him a break before the outdoor season starts. I have a pretty hectic schedule between now and Christmas and have only had one free weekend lately, which I spent in Abu Dhabi for the Formula One Grand Prix. I have a good bunch of horses at the moment to cope with this busy schedule; Socrates is back and was in Lyon, and Kisby has been fantastic, and I think she might be a horse that could surprise a few people. Ciske hasn’t been the easiest of horses but she is getting better show by show and I’m very happy with the progress that she’s making.

END_OF_DOCUMENT_TOKEN_TO_BE_REPLACED

Edwina Alexander is writing a diary for horsesinthesouth.com as she prepares for the 2010 Global Champions Tour (GCT) and the 2010 Alltech FEI World Equestrian Games (WEG). Here is Edwina’s fifth entry…

Since the CHIO Aachen, I have been focusing on getting my horses more organised. I took my new mare (Ciske van Overis) to Valkenswaard to compete in the CSI2*. She was very good, placing third in the first Grand Prix and in the second Grand Prix, she had one fence down. I also took my new six-year-old horse (Quimono de la Roque) to Valkenswaard and I’m now preparing him for Lanaken. He did exceptionally well there, placing in every class over the two shows. Itot has also been on a programme – in Chantilly, straight after Aachen, he jumped very well with three clear rounds but I slipped a bit in the jump-off and we ended up third. In Valkenswaard, I went for a good time and unfortunately, he knocked a couple down in the second round.

END_OF_DOCUMENT_TOKEN_TO_BE_REPLACED

24/08/2010 – Rio de Janeiro, Brazil – Over fifty show jumpers including many of the World’s top 30 show jumping riders will be arriving in Rio in the next 48 hours to compete for 620’000 Euro in show prize money and to decide who will head the GCT rankings and carry off the winner’s share of the One Million Euro Bonus. Each rider may count their seven best GCT Grand Prix results toward this end and the top prize is just short of a staggering 317’000 Euro. Currently the leader is Marco Kutscher but he is being pressed by Marcus Ehning and Jos Lansink, any of whom could take the title. Edwina Alexander is currently fourth. This is believed to be the biggest single purse ever awarded in the sport of show jumping and means that if a rider wins both the GCT Rankings title and the GCT Grand Prix of Brazil they could walk away with the best part of half a million Euro. World Number One Kevin Staut will be among the riders trying to prevent the current top three walking away with both prizes. The Bonus breakdown is below and the details of the rider list and show classes can be found on the show’s own site at www.aoihs.com. Other relevant information can be found at www.globalchampionstour.com.

END_OF_DOCUMENT_TOKEN_TO_BE_REPLACED

Edwina Alexander is writing a diary for horsesinthesouth.com as she prepares for the 2010 Alltech FEI World Equestrian Games (WEG). Here are Edwina’s third and fourth entries.

The last couple of months…

Itot has recovered well from his slight injury and we have both been very busy over the last couple of months on the Global Champions Tour (GCT), and have competed in Cannes (which I won with Itot, and was the only rider with three clear rounds), Monte Carlo, Estoril and Chantilly (I came third and was beaten by two ladies – Laura Kraut (1st) and Pénélope Leprevost (2nd). He really feels back to his normal self which is great and he’s been jumping extremely well.

I went to the Formula One Grand Prix in Monaco where we stayed with some friends and had a spectacular view as the cars came out of the tunnel. It was great to see a fellow Aussie (Mark Webber) win, although it was disappointing that the National Anthem was played a day late and not in Hamburg!

After the GCT round in Turin I went to Wiesbaden where I had a really good show, and on the first day I was second with Socrates (Cevo Socrates), and my young horse, Kisby (8-y-o), was second in the young horses. The following day I won the final of the youngster tour and Socrates was fourth in one of the other classes. Zorro rode in the Grand Prix and he was clear, but he just got a little bit green in the jump off and he had a couple down, which was a shame.

END_OF_DOCUMENT_TOKEN_TO_BE_REPLACED

Edwina Alexander is writing a diary for horsesinthesouth.com as she prepares for the 2010 Global Champions Tour (GCT) and the 2010 Alltech FEI World Equestrian Games (WEG). Here is Edwina’s second entry.

The last month has been a real rollercoaster with quite a few shows and then the Rolex FEI World Cup Final. Overall, I’m feeling pretty good in myself and I’m trying to get as much rest as possible, but not doing too much isn’t the easiest thing in the world at the moment! I was up at 4am last Wednesday morning to go to Copenhagen for a photo shoot and got back home at about 1am the following morning. I was then up very early to jump five horses ahead of the four-day show in Mannheim, so I haven’t had as much rest as I would have hoped for!

END_OF_DOCUMENT_TOKEN_TO_BE_REPLACED 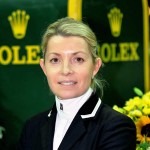