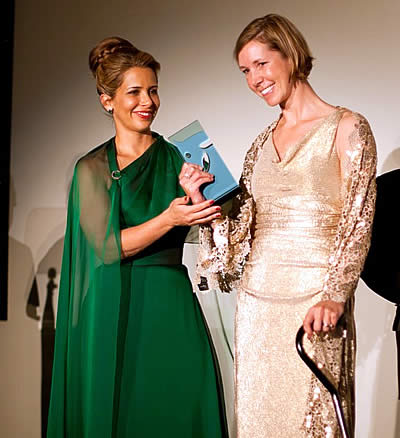 Lausanne (SUI), 11 July 2013 – Courtney King-Dye, Olympic Dressage rider and traumatic brain injury survivor, has joined the call for nominations for the FEI’s Against All Odds Award, just 20 days before the closing date for the FEI Awards 2013.

King-Dye was last year the recipient of the Against All Odds Award, which goes to a person who has pursued his or her equestrian ambitions despite a physical handicap or extremely difficult personal circumstances.

“The FEI award meant a great deal to me because the recipient is nominated by the public,” King-Dye told the FEI recently. “It meant that I touched people, that they thought me the most worthy of such an important, international award.”

Addressing the equestrian community, she said: “If you think that someone deserves the 2013 award, please take the time to nominate them – let them know they’re meaningful.”

King-Dye’s story is well known. In 2010, she fell from a horse she was schooling, fractured her skull and spent a month in a coma. She was not wearing a helmet at the time of the accident and is still undergoing rehabilitation therapy, as her coordination and speech have been severely affected. The campaign website www.riders4helmets.com was created in reaction to her accident.

In an update posted on her website last November after the FEI Awards ceremony in Istanbul, King-Dye wrote:

ʺI think my accident was necessary in the fight for safety because an Olympian who sustains a brain injury while riding proves that injury has nothing to do with level of skill. For 15 years, I was a person who only rode the young or ‘dangerous’ horses with a helmet, but my horse did nothing naughty; he just tripped over his own feet.”

The FEI, whose new Helmet Rule came into effect on 1 January 2013, has worked closely with Riders4Helmets and Courtney King-Dye.

“The FEI is urging everyone involved in equestrian sport to use protective headgear and familiarise themselves with the FEI helmet rule,” she said.

“We have been collaborating with Riders4Helmets all the way through this process, and their help has been invaluable. The Riders4Helmets team members are all highly committed volunteers with demanding day jobs, and they have made massive in-roads since their first International Helmet Awareness Day in July 2010. We look forward to continuing to support Riders4Helmets as they spread their safety message internationally.”

Courtney King-Dye qualified for the US Paralympic Team Selection trials for London 2012 but decided not to continue. King-Dye, who is a USDF-certified Dressage instructor and trainer, recently told the FEI how much she enjoyed teaching clinics and said she was “very thankful” to have the ability to share her knowledge.

Nominations for the Against All Odds Award, as well as for the other four FEI Awards categories (Reem Acra Best Athlete, Longines Rising Star, Best Groom and Development) are open until 31 July at www.feiawards.org. 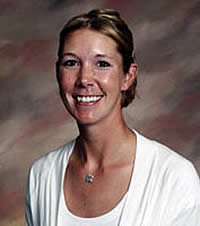 King-Dye Honored with Against All Odds Award

HRH Princess Haya, President of the Fédération Equestre Internationale (FEI), the world governing body of horse sport, congratulated the winners of the FEI Awards 2012. Addressing an audience of more than 300 guests, including representatives of the FEI’s 132 member federations, FEI sponsors and Turkish VIPs, the FEI President said:

“The FEI Awards were launched in 2009 to show the world what extraordinary people there are in the equestrian community and to reward them with public recognition of their work. This year’s winners have demonstrated talent, commitment, generosity and courage and we are extremely proud of them.”

END_OF_DOCUMENT_TOKEN_TO_BE_REPLACED

Katy, TX – April 27, 2012 – Friday’s Para-Equestrian Dressage competition at the Houston Dress Society (HDS) Spring Classic I & II CPEDI3* included the Team Test competition. Each horse and rider combination put forward their best technical execution of their respective test in Grade Ia, Ib, II, III and IV. Friday’s FEI Ground Jury included Kathy Amos-Jacob (FRA), David Schmutz (USA), and Carlos Lopes (POR). For the United States the HDS Spring Classic I & II CPEDI3* is the last individual qualifier for the 2012 USEF Paralympics Selection Trials. For Canada, this is one more opportunity to gain international experience in a large venue such as the Great Southwest Equestrian Center under FEI judges and fellow competitors. The HDS CPEDI3* is sponsored by The COR Group and is running alongside the CDI3*and CDI1* sponsored by North Texas Equestrian Center and $10,000 HDS Dressage Derby.

With her qualifying score already obtained, Grade Ia rider Donna Ponessa (New Windsor, NY) has been focusing on her borrowed mount, Dr. Michele Miles’ horse Silvano. Ponessa’s ability to focus her athleticism and attitude without distraction has resulted in the top Grade Ia division score. Ponessa added, “I was thrilled with my overall performance Friday. With London on my mind, I am aiming for perfection so in my mind 70 percents are what I need to be pulling. However, I was thrilled with how the horse went and the way I was able to make the corrections that were needed. I am very appreciative of my trainer Wes (Dunham) setting Silvano up. He stayed nice and round and forward which is exactly what we wanted so all he had to do was his great walk. Now that I savored it, it is back to work for Saturday.”

END_OF_DOCUMENT_TOKEN_TO_BE_REPLACED

Katy, TX – April 26, 2012 – The inaugural day of the Houston Dressage Society Spring Classic I & II CPEDI3* kicked off with the FEI Para-Equestrian Jog. Fifteen horse and rider combinations stepped forward to be evaluated under FEI Veterinarian Dr. Mike Tomlinson and Technical Delegate Carlos Lopes, FEI “4*”, FEI PE “5*” (POR). Every Para-Equestrian horse passed the veterinary check securing each of their times for Friday’s Team Test competition. During the jog, equestrians showcased their best turnout and their efforts were rewarded. A $100 gift certificate to Horse of Course was given to the Best Overall Presentation at the Jog. Canadian and Grade Ia rider Jody Schloss and horse Inspector Rebus earned the award which was donated by Susan Peacock. The Houston Dressage Society (HDS) Spring Classic I & II CPEDI3*, sponsored by The COR Group, is one of the last competitions for United States individuals to qualify for the 2012 USEF Paralympics Selection Trials in June. With the prestigious show grounds and FEI Ground Jury, this is a favorable location for the United States and Canadian competitors to gain additional international experience before the London Paralympics. Running simultaneously with the CPEDI3* will be the CDI3*and CDI1* sponsored by North Texas Equestrian Center and $10,000 HDS Dressage Derby.

END_OF_DOCUMENT_TOKEN_TO_BE_REPLACED

On Thursday, April 26, 2012, Para-Equestrian horses and riders will present their mounts for the exciting FEI Jog. On Friday, April 27, 2012, Para-Dressage competition will kick off with the Team Test, followed by Saturday’s Individual Test, and finishing with the musical Freestyle Competition and awards ceremony. Although many of the equestrian athletes have already earned their qualifying score for the 2012 USEF Paralympic Selection Trials, this will be one last opportunity to compete under international ground jury Kathy Amos Jacob (FRA), David Schmutz (USA), Kristi Wysocki (USA), and Carlos Lopes (POR). Lopes has been selected as part of the judging panel for the 2012 London Paralympics making this competition even more interesting.

END_OF_DOCUMENT_TOKEN_TO_BE_REPLACED

We check in with the Dressage Radio Show this week and the amazing interview that Chris did with Courtney King Dye. Please take a listen.

The fourth annual Palm Beach Dressage Derby reception to benefit the EAF offered guests some surprises this year. We were honored to have special guest Courtney King-Dye there to say a few words on the one-year anniversary of her accident.

Excerpt from Courtney’s blog: ‘I’m speaking at the EAF fundraiser at the Palm Beach Derby, which is a great cause I’m all too familiar with now. I’ve been so lucky to have absorbed so much caring, but I know not everyone is so lucky simply because not so many people know. It’s very touching that the horse community supports each other in rough times. This is a way we can offer support even if we don’t know someone.’

ShoClothes sponsored a fun fashion show of the Alessandro Albanese clothing line. One of the six outfits was auctioned during the evening and was so popular, not one, but two were sold! Thanks to Michelle Hundt of ShoClothes and Alessandro Albanese for adding a touch of style to the party!

See all the coverage and more photos here.

Loxahatchee, FL – March 10, 2011 – Vinceremos Therapeutic Riding Center has played a part in the recovery of Olympic Dressage rider, Courtney King Dye. Last March a tragic accident left King Dye with a brain injury unable to remember, walk, or speak. After months of therapy and with the help of the program and horses at Vinceremos Therapeutic Riding Center, King Dye is on the road to success. Vinceremos, however, is only one part of the incredible team that has helped with her recovery as Arlene White and Stacey Brown have also played tremendous roles in this remarkable story.