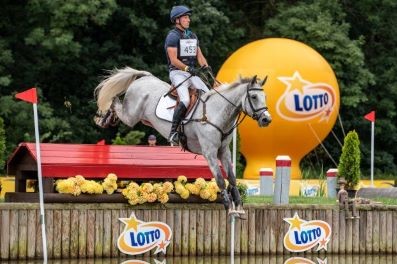 The competition for valuable points in the third leg of the FEI Eventing Nations Cup and the fight for the medals of the Polish Championship takes place in Morawa.

The equestrian triathlon, as eventing is often called, is one of the most spectacular horse sports. It consists of three tests: Dressage, Cross-country, and Show Jumping. During the four days of the tournament, the horse and rider combinations will compete in ten international classes, ranging from one to four stars, including the FEI Eventing Nations Cup. The show will also be the playground of the Polish Championships of seniors, young riders, and juniors.

The arenas of Strzegom will host, among others, the current Olympic champion, Julia Krajewski from Germany, her compatriot Andreas Dibowski, the team Olympic gold medalist, as well as Jonelle and Tim Price from New Zealand, currently fifth and sixth in the world ranking of the International Equestrian Federation. We will also see the leading Polish athletes, members of the national team, including Mateusz Kiempa, Jan Kamiński, Małgorzata Korycka, and Kamil Rajnert.

On Thursday, the riders will start the competition with the dressage test. The cross-country tests will be held for three days and promise to be exciting. The athletes will have nine routes to face, with a total length of nearly 35 kilometers. Over 240 obstacles with a maximum height of 120 cm will be placed over the courses. The longest route will measure 5700 meters. The last test of the equestrian triathlon, the show jumping, will require extreme precision and technical skills.

“Not only the sports competition promises to be exciting. After two years of the Covid pandemic and restrictions for the public, this year we are opening the stands to the audiences and we are planning many attractions,” says Marcin Konarski, chairman of the Organizing Committee.

Special attractions await the youngest fans. In the Little Fan Zone, kids be able to ride a pony, learn how to groom a horse, and meet the stars of the show. A special part of the program is a mini cross-country, performed by children on ponies, and willing kids will be able to try their hand at the jumping competition on foot.

The competition will be held from 23 to 26 June at the hippodrome in Morawa near Strzegom. Admission to the competition is free. Parking costs PLN 20.