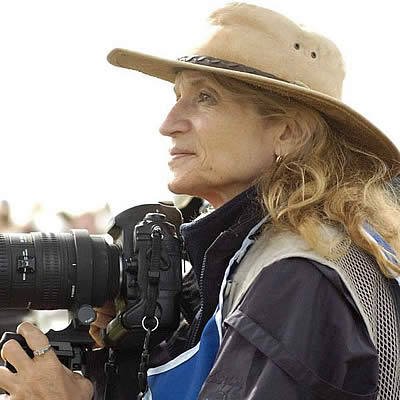 For over 35 years, veteran equestrian journalist, photographer, and public relations maven Diana De Rosa has covered equestrian sport around the world, including the past eight Olympic Games, all eight World Equestrian Games, several Pan Am Games, and FEI World Cups. Diana enjoys creating richly told stories through photography and writing and has over 1,000 published credits to her name.

Diana is the owner of Press Link, a public relations firm based in Farmingdale, New York. Her past and present clients include the Hampton Classic, National and Washington International Horse Shows, USA Equestrian Trust, Healthy Horse Boutique, Running Wild, Dream Works, the American Hunter Jumper Foundation, and Twentieth Century Fox. Diana worked with the late actor Christopher Reeve for eight years before his death in 2004.

A past president of American Horse Publications, Diana is also a longtime member of the International Alliance of Equestrian Journalists. She currently is on the executive board of the Press Club of Long Island. Diana’s work has taken her to 30 countries and has even led to a stint in front of the camera when she co-hosted the annual Hampton Classic Horse Show for local TV station WVVH. She was presented with the 2005 US Equestrian Federation Media Award for Photography in recognition of a photo of show jumper Peter Wylde and Fein Cera competing at the 2004 Athens Olympics. Diana dedicated her win to Reeve.

Diana is the co-organizer of the EQUUS Film Festival, held annually in New York City with tour stops around the United States. Notable recent tour appearances by the Festival included the 2017 World Cup in Omaha, Nebraska and the 2018 World Equestrian Games in Tryon, North Carolina.

Diana is a former riding school manager and a graduate of SUNY Albany, where she studied languages.