WILMINGTON, Ohio – The outbreak of the novel coronavirus disease 2019 (COVID-19) has created an unprecedented situation that is rapidly evolving with an unknown outcome.

Our first priority is the health and safety of our exhibitors, staff, and officials. After careful consideration, World Equestrian Center management has elected to close after competition ends on Sunday, March 15. The facility will remain closed for the next week and we will continue to address the closures week by week. We will proactively issue updates regarding our reopening.

During this time, will continue to pay our officials and our staff.

World Equestrian Center management will monitor the situation and work with federal, state, and local health agencies to assess our options for reopening.

Exhibitors who were slated to attend events at World Equestrian Center in the next two weeks will receive an email from management. 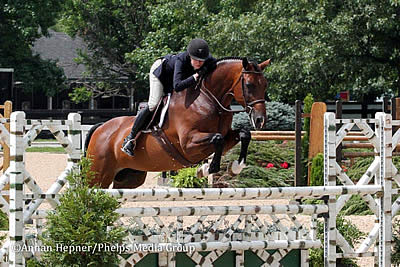 Lexington, Ky. – March 21, 2017 – Kentucky Horse Shows LLC is pleased to announce that they will be joining forces with Ohio’s World Equestrian Center (WEC) to create an 11-part USHJA National Hunter Derby Series. In addition to the 10 USHJA National Hunter Derby events held at the Kentucky Horse Park and the World Equestrian Center, there will be a $30,000 Series Finale and $30,000 in leading rider bonuses.

The USHJA National Hunter Derby program will be in its eighth year in 2017 at the Kentucky Horse Park. As it has grown in prestige and popularity, the Kentucky Horse Shows and the World Equestrian Center have worked together to create a series where amateurs, juniors and professional riders are eligible to compete, giving it a broad base of support and interest. The dates of the shows are as follows:

“I’m excited about this Hunter Derby series collaboration because I have a lot of respect for Hugh and Robby and I truly believe that by working together we will create something very special,” said Brandon Saxton, World Equestrian Center General Manager. “Whether you are a professional, an amateur or a junior rider, this series recognizes the many nice horse and rider combinations at the three-foot level who want to compete at beautiful venues for some really nice prize money.”

Driven by a passion for horses and a commitment to supporting equestrian sports in the United States, the World Equestrian Center aims to return horse showing to its former grandeur while incorporating an element of fun reminiscent of the horse shows of the past. Located in Ohio’s ‘Golden Triangle’, the venue is less than one hour from Cincinnati, Columbus and Dayton airports and now with an exciting new venue planned for 2018 in Ocala, Florida. For more information please visit www.WEC.net.