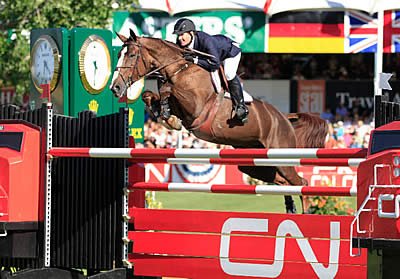 The first treasure is the 2008 American Invitational championship cooler in the scarlet Budweiser colors, from his win with Sapphire.

These two coolers hold special historical significance. Sapphire, McLain’s beloved partner, passed away in 2014 and the American Invitational, first held in the old Tampa Stadium in 1973, has not been held since 2015. Now you can own a piece of history and help a great cause in the process. Click here to place your bid.

Follow Silver Oak Jumper Tournament on Facebook where we will announce the auction winners. We will add more auctions for McLain’s historical coolers, so stay tuned to our Facebook page. We’ll announce the winning bids twice monthly.