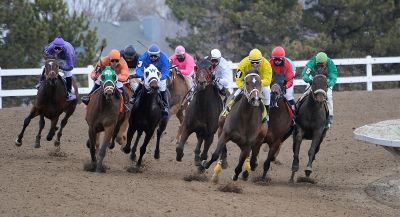 For horse and racing fans in Florida, 2021 will mark the end of an era. The 40-day run at Calder Race Track (which has been rebranded as Gulfstream Park West), which took place last October, was the last that is ever hosted at Calder race course. The track has been an integral part of the Florida racing calendar since it first started operating in 1971. With that in mind, we take a look back at the long and illustrious past of the Calder Race Track.

Horse racing has long been in the blood of many Florida residents, and that was shown no more than on the day that Calder opened: 6th May 1971. There were officially 16,263 race fans in the park that day, but reports showed that so many people were trying to get into the track to ensure the racing on its opening day that people were being turned away, and the gates were closed to new arrivals. Fifty years later, and it looks like those days of Calder Park being a bustling hive of activity will be a thing of the past.

It was thanks to Calder that the concept of year-round horse racing in Florida was introduced. At that point, there was a gap between the winter and early spring meets in the State, and the meets at Calder served to bridge this gap. It may not have been one of the most glamorous tracks on the racing schedule, but it has made its mark on racing history, thanks to the huge number of world class horses, trainers and jockeys who all got their start there. Calder is perhaps best known for the initiative it introduced in 2000, the ‘Summit of Speed’: this was a series of sprints which were all high stake races, ensuring that the meet attracted plenty of attention, and for all the right reasons.

At its heart, Calder was a no-nonsense, working man’s racetrack. But when it was taken over by Churchill Downs Inc in 1999 (at a cost of $87 million), the focus of the track began to change. In 2010, Churchill opened a casino at Calder, and this became the main focus of the site: in order to maintain a casino license for Calder, Churchill had to run a race on the site at least once every 40 days but found a loophole in the law and argued that any form of pari-mutuel wagering would satisfy the requirements for a casino. Sadly, this didn’t fly with Florida State’s Department of Business, and the courts determined that the track was not fulfilling its obligations. The rest, as the saying goes, is history.

Whilst there will be horses continuing to be stabled at Calder, the agreement to keep the horses there expires on April 1st. Whilst many people will continue to remember the heydays of this glorious race track, those days are gone and the many great horses and jockeys that raced at Calder will be a thing of the past.