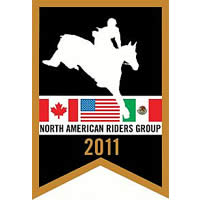 Their report said, “After overwhelmingly positive results from our 2010 Top 25 report, NARG and a host of volunteers once again spent hundreds of hours to numerically evaluate 50 of the top horse shows in North America.”

Finishing third in the overall rankings behind legendary Spruce Meadows in Canada, and Canadian newcomer to the rankings, Thunderbird, the Alltech National Horse Show, attained the highest score of any show in the United States at 83%. “The successful re-birth of the National Horse Show is important for our sport and crucial to the resurgence of this nation’s traditionally outstanding Indoor shows,” the NARG report stated. “Congratulations on year one’s score of 83%. NARG believes this event has a bright future.”

The report continued, “Once one of the nation’s most esteemed and celebrated indoor events, The National Horse Show is making a comeback. With the support of Alltech, as well as other sponsors, this year the renowned event relocated to the Kentucky Horse Park in Lexington, KY. It appears the show will remain at this home of the 2010 World Equestrian Games (WEG) indefinitely, with great efforts to return it to its bygone excellence.”

“While it is challenging to establish a show steeped in tradition at a new venue, NARG commends the management team of ANHS for a job well done in year one. Three essential aspects came together to bring about a high score and a solid event. First, a committed management team and Board, with a vision for bringing back what once was. Second, the Kentucky Horse Park has a fabulous new indoor arena. And third Alltech is a strong title sponsor; unlocking possibilities that show managements yearn for. However to truly be a marquee event, it is a priority to get people in the seats. We know management understands this,” NARG stated.

“We are honored and very proud with this top ranking from the North American Riders Group,” said Mason Phelps, Jr., the President of the National Horse Show Association. “It’s rewarding that our team’s tremendous efforts in year one were recognized by this outstanding group of professional horsemen.”

More than 560 horses and 350 riders from nine countries attended in 2011 and the show’s debut this past season will go down in the record books as one of the most successful in the history of equestrian events in the United States.

“The team at the Alltech National Horse Show takes the NARG rankings very seriously and will keep a laser focus on those items that kept the show from the very top of the charts this year,” Phelps added. “In fact, we’ve already addressed and plan to fix a number of those issues mentioned in the NARG rankings, including bigger and better scoreboards, the location of the Taylor Harris Club, access to the main arena floor and much improved and exciting nighttime entertainment. Our number one concern next year,” Phelps said, “will be to get, as NARG put it, people in the seats.”

Alltech President and Founder Dr. Pearse Lyons agreed. “This inaugural event was a good beginning, but it was only the beginning. This show will continue to grow and next time around the city of Lexington will embrace this show more and we, in fact, will go all out to create a super experience for all who attend.”

The second edition of the Alltech National Horse Show in Lexington, Kentucky, is set for October 31 through November 4, 2012. The show will once again be held at the Alltech Arena at the Kentucky Horse Park.