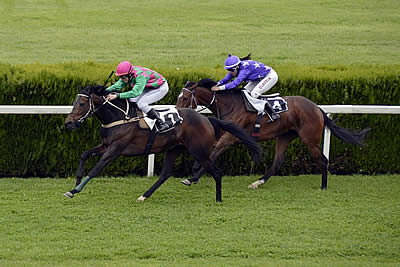 Horse racing is known as the sport of Kings. For generations, people have flocked to the track to share in the excitement generated by a horse race meet.

The horses and jockeys become household names and often the skills behind the events are underestimated. Trainers put months of work into keeping the horses in great shape; jockeys train incessantly to ensure they’re in tip-top condition.

Horse racing is a science, a sport of tactics, outside variables, and opinion. Across the world, some races are so rewarding and famous that a win can turn the career of a jockey in an instant. Some countries have a signature race, one which not only enthusiasts watch, but even people with no more than a passing interest in sport.

So, here are some of the biggest horse races in the world.

Churchill Downs hosts perhaps the most famous horse race in the U.S and one that is recognizable across the world. Inaugurated in 1875, it was first run over the same length as the Epsom Derby in the UK, before shortening to its current length of 10 furlongs just before the turn of the 19th century.

Eddie Arcaro and Bill Hartack share the record for the most wins by a single jockey, coming in first on five occasions each. In more modern times, Calvin Borel entered the record books for winning three out of four races, as outlined by a Bloomberg report.

The French capital is a hotbed of activity for horse enthusiasts, not just in the racing genre. The 11th Longines Masters of Paris saw three French riders in podium places, but the city’s premier horse racing event is rarely as cut and dried.

bwin Horse Racing calls the Prix de l’Arc de Triomphe Europe’s richest race with a total prize purse in the region of €5m ($5.59m). It came a little later than the Kentucky Derby, first being run in 1920, but it has risen to be one of the major events on the European sporting calendar.

Just across the channel lies the United Kingdom, one of the first countries to embrace horse racing as a passion. The biggest race in the country takes place in the early part of the year having been run ever since 1839 at Aintree on Merseyside.

It’s run over a gruelling four miles and isn’t without controversy; some calls have been made in British media to stop the race from happening.