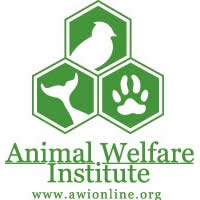 WASHINGTON, D.C.—The ASPCA (The American Society for the Prevention of Cruelty to Animals), the Animal Welfare Institute (AWI), The Humane Society of the United States (The HSUS) and the Center for Science in the Public Interest applaud U.S. Sens. Mary Landrieu, D-La., and Lindsey Graham, R-S.C., and Reps. Patrick Meehan, R-Pa., and Jan Schakowsky, D-Ill., for introducing bipartisan legislation that would stop the inhumane killing of American horses for human consumption and prohibit the transport of horses across the U.S. border for slaughter in Canada and Mexico. The Safeguard American Food Exports (SAFE) Act would prevent the introduction of horse slaughter operations in the U.S., end the current export of American horses for slaughter abroad, and protect the public from consuming toxic horse meat. Last year, more than 160,000 American horses were sent to a cruel death by a grisly foreign industry that produces unsafe food for consumers.

Horses are raised for use in show, sport, work and recreation in the U.S. and are regularly administered drugs that are expressly prohibited by current federal regulations for use in animals intended for human consumption. For example, a common pain reliever routinely administered to all types of horses, Phenylbutazone, is known to cause potentially fatal human diseases. There is no known safe level for consumption of these drug residues in horse meat. A recent New York Times article emphasized the hodgepodge of drugs used in race horses — including cobra venom and cocaine — and the resulting food safety threats. Thousands of these horses are sold at auction for slaughter within days of their last race, resulting in potentially toxic horse meat being sent overseas. There are also many substances and drugs regularly used on horses that have never been tested for their effects on humans and the potential danger of ingesting these chemicals is completely unknown. Horses are gathered from random sources, and there is currently no system in the U.S. to track medications and veterinary treatments given to horses to ensure that their meat is safe for human consumption.

Last week, the U.S. Department of Agriculture announced its plan to process an application for inspecting horse slaughter at a New Mexico facility. If the application is approved, Valley Meat Company LLC will be the first facility in the U.S. to slaughter horses for human consumption since 2007, when the few remaining plants closed and Congress chose to suspend funding for any further horse meat inspections. This surprising move toward a resumption of domestic horse slaughter comes in the wake of the scandal unfolding in the European Union, where consumers have been alarmed by the discovery of horse meat mislabeled as beef in prepared food products ranging from lasagna to meatballs. The federal government could potentially spend millions of taxpayer dollars to open new horse slaughter plants at a time when spending cuts associated with the sequester could curtail food safety inspections for U.S. meat products. Additionally, if horse slaughter plants are opened in the U.S., it will be more difficult to prevent this kind of comingling between horse meat and beef products that has occurred in Europe.

Nancy Perry, senior vice president of ASPCA Government Relations, said, “The overwhelming majority of Americans are intensely opposed to the cruel practice of horse slaughter, and we thank the sponsors of the SAFE Act for their efforts to protect not only public health, but also safeguard our nation’s equines. The shocking discovery of horse meat in mislabeled beef products across Europe underscores the threat to American health that could result should horse slaughter proponents be successful in bringing this grisly practice back to the United States. Now is the time for Congress to permanently ban domestic horse slaughter and the export of our horses to neighboring countries for slaughter. We must prevent even one more horse from suffering this terrible fate.”

Chris Heyde, deputy director, Government and Legal Affairs of AWI, said, “When AWI first brought this issue to Congress and the American public, horse slaughter was a dirty practice that no responsible horse owner wanted to admit even existed.  While the issue is now in the public eye, no one who cares about horses thinks it is humane to slaughter them.  The only individuals advocating for horse slaughter are those who profit from the suffering of these amazing animals.  Like the industry they protect, deception is key.  They are willing to mislead and deceive anyone who advocates for the welfare of American horses.  I want them to know today, that everyone supporting the bill will not stop fighting against this cruelty until all of our horses are safe from slaughter.”

Wayne Pacelle, president and CEO of The HSUS, said, “The arguments of the horse meat industry are unraveling before the eyes of the world. Congress must take action to prevent the spending of millions of American tax dollars on a marginal industry that peddles tainted horse meat to foreign consumers and seeks to do so at home, too.”

Sarah Klein, senior attorney in the Food Safety Program at the Center for Science in the Public Interest, said, “American horses are not raised for food, and shouldn’t wind up on consumers’ plates. Horse meat often carries residues from drugs that are not safe for consumers.”

In addition to the public health concerns associated with the consumption of horse meat, horse slaughter is inherently inhumane.  The methods used to kill horses rarely result in quick, painless deaths, as horses often endure repeated stuns or blows and sometimes remain conscious during their slaughter and dismemberment. These equines suffer incredible abuse even before they arrive at the slaughterhouse, often transported for more than 24 hours at a time without food, water or rest, in dangerously overcrowded trailers where the animals are often seriously injured or even killed in transit. The majority of horses killed for human consumption are young, healthy animals who could go on to lead productive lives with loving owners.

Rep. Meehan said, “Horses are not bred for human consumption. Horses are routinely treated with drugs over the course of their lifetimes that are toxic to humans if ingested. At a time when the U.S. Department of Agriculture is threatening to furlough meat inspectors due to budget cuts, American taxpayers should not be subsidizing horse meat inspections for the foreign export market.”

Rep. Schakowsky said, “Horses sent to slaughter are often subject to appalling, brutal treatment. We must fight those practices. The SAFE Act of 2013 will ensure that these majestic animals are treated with the respect they deserve.”

Sen. Landrieu said, “The practice of horse slaughter for human consumption is revolting to me as a horse owner, but also as a consumer. Horses are not raised for human consumption, and they are frequently treated with drugs and chemicals that are toxic when ingested by humans. Especially in light of the European horse meat contamination scandals, we must ensure that our food supply at home is not tainted with horse meat, nor should we supply an unsafe food product to foreign industries. I am proud to join my colleagues to introduce the SAFE Act to end the slaughter of one of the world’s most beloved animals and help protect public health.”

The passage of this legislation is a priority for the nation’s leading animal welfare organizations, as well as many veterinarians and equine groups across the country, including the Humane Society Veterinary Medical Association and Veterinarians for Equine Welfare. A January 2012 national poll commissioned by the ASPCA confirms that 80 percent of American voters oppose the slaughter of horses for human consumption.

Founded in 1866, the ASPCA (The American Society for the Prevention of Cruelty to Animals) is the first animal welfare organization in North America and serves as the nation’s leading voice for animals. More than two million supporters strong, the ASPCA’s mission is to provide effective means for the prevention of cruelty to animals throughout the United States. As a 501(c)(3) not-for-profit corporation, the ASPCA is a national leader in the areas of anti-cruelty, community outreach and animal health services. For more information, please visit www.ASPCA.org, and be sure to follow the ASPCA on Facebook, Twitter, and Pinterest.

The Animal Welfare Institute is a non-profit charitable organization founded in 1951 to alleviate the suffering caused to animals by humans. For more information, please visit AWI online at http://www.awionline.org/.  Also, be sure to follow AWI on Facebook at http://www.facebook.com/animalwelfareinstitute and Twitter at http://www.twitter.com/AWIOnline.

Subscribe to HSUS President Wayne Pacelle’s blog, A Humane Nation. Follow The HSUS on Twitter. See our work for animals on your Apple or Android device by searching for our “Humane TV” app.

The Humane Society of the United States is the nation’s largest animal protection organization — backed by 11 million Americans, or one of every 28. For more than a half-century, The HSUS has been fighting for the protection of all animals through advocacy, education and hands-on programs. Celebrating animals and confronting cruelty — On the Web at humanesociety.org.