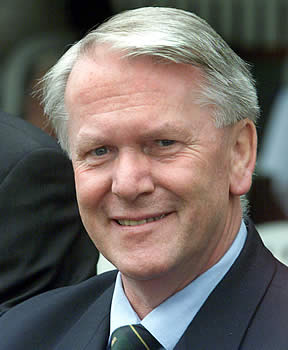 Lausanne (SUI), 24 September 2013 – Dick Nijhof, FEI International Jumping Judge, announcer, equestrian commentator and board member of KNF (Royal Dutch Federation for Rural Riders) which eventually led to the creation of the Royal Dutch Equestrian Federation (KNHS), passed away in Enschede in eastern Netherlands on 21 August after a long illness.

His trademark voice as announcer has been well-known to spectators at equestrian events around the world since the 1990s. His finest hour was as announcer during the 1994 FEI World Cup Jumping Final at the Indoor Brabant in ‘s-Hertogenbosch (NED), when on home soil his compatriot and now six-time Olympian Jos Lansink took the series crown. More recently, television viewers knew his voice on sports network Eurosport, where he provided equestrian commentary for the weekly Wednesday Selection roundup.

Dick Nijhof began his career as an FEI Jumping Judge in 1994. Just two years later, he was appointed FEI International Level 3 Jumping Judge and went on to carry out Ground Jury President, and Member and Foreign Judge roles at wide-ranging events around the world.

“The KNHS is extremely grateful to Dick Nijhof for his proactivity and forward-thinking approach to developing equestrian sport. He was highly committed and enthusiastic, and his loss will be felt on many levels within the equestrian community,” said Theo Ploegmakers, chairman of the Royal Dutch Equestrian Federation.

“Dick Nijhof performed his role as FEI International Level 3 Jumping Judge impeccably thanks to his solid and steadfast approach, and his deep knowledge of the sport,” said John Roche, FEI Director of Jumping and Stewarding.

“His devotion to equestrianism over many years was renowned and his voice was also very familiar to thousands of fans at equestrian events around the world when he worked as an announcer, and later on television – he will be missed by many different people within the community.”

The FEI expresses its sincere condolences to Dick Nijhof’s family and friends, the Royal Dutch Equestrian Federation and the global equestrian community.