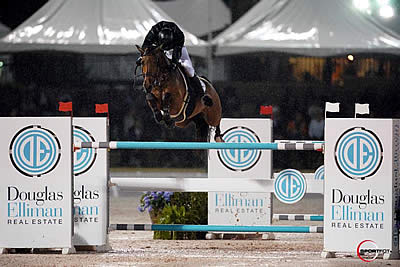 As the only double clear in the class, Daniel Coyle and Cita, a 12-year-old Holsteiner mare by Casall x Pik Ramiro, secured the victory in a time of 42.51 seconds.

Second place went to Rodrigo Pessoa (BRA) on Chaganus, owned by Pessoa Stables. They had a rail in the double combination and finished in a time of 39.59 seconds.

Meredith Lipke of Weston, MA rode For Love to the win in the $10,000 USHJA National Hunter Derby for Junior/Amateurs, presented by Equiline.