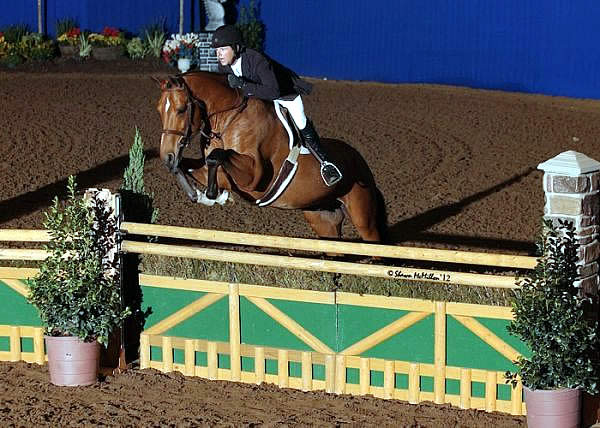 Pletcher and NLF Shakespeare’s Rhythm have had a winning partnership for a number of years, taking top placings at the country’s most prestigious horse shows. The Spring Gathering Horse Show was no exception. Together they dominated the Conformation Hunter division, winning the handy class and the over fences class, as well as placing second over fences and under saddle. Their top finishes in the division helped them earn the reserve championship prize.

Nordic Lights Farm had a successful season at the Winter Equestrian Festival with all of their horses. Now they are looking forward to continued success throughout the summer in Europe with Lauren Hough, while Peter Pletcher and NLF Shakespeare continue to compete in the hunter derby events in the United States.

Nordic Lights Farm is a 70-acre establishment located in Tomball, TX, that was founded in 2007 by the Bruheim family to help further the equestrian goals of 20-year-old Eirin Bruheim and 18-year-old Lene Bruheim. Both girls have worked their way up through the ranks and are currently competing at the top levels in the hunter and jumper divisions aboard their incredible string of horses.