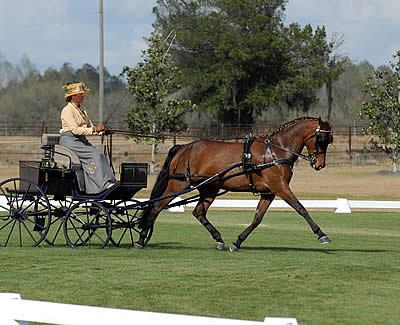 Coatesville, PA (July 25, 2014) – Champion driver Suzy Stafford and her Morgan mare PVF Peace of Mind, also known as Hunny, have a big task before them. Not only do they need to the training, skill and conditioning to compete with the best in the world, but they must allocate the resources to make the journey to the 2014 World Single Driving Championships in Izak, Hungary, September 24-28. Donors to Stafford and Hunny’s cause have different levels of sponsorship, from $50 to more significant contributions, all with added prizes from signed horseshoes and Team Stafford polos to your name on Stafford’s banner at Worlds and a private carriage ride and picnic in scenic Chester County. All donors will also receive a “Hunny Gram” via email starting the week before the competition thanking them for their support and to share Hunny’s European journey.

To see a bit of what Stafford and Hunny do in training and to hear about their trip and goals, take a look at their newly posted video at https://www.youtube.com/watch?v=tVAZIgojHVo&list=UUuS0CsciRlY88l9tLrpGnBw. To donate, and for more information on their trip, visit https://www.indiegogo.com/projects/help-hunny-and-suzy-get-to-the-2014-fei-world-driving-championships.

With a record of victories that includes winning a FEI Live Oak International CDE and the title of World Champion in both Morgan Carriage Driving and Friesian English Pleasure, Stafford has a long history of success as a driver.

In 2004, she became the youngest and first American driver ever to win Individual Gold in an international driving competition. 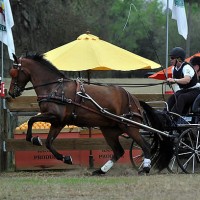 “We are so thankful for all of the support we have had in the past,” said Stafford. “And this year we are again relying on that support and hope that our new program offers even more of an incentive to donate. I am so excited about Hunny’s progress this year and know it will be an exciting event in Hungary.”