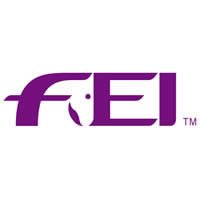 Samples taken from the horse, which was ridden by HH Sheik Hazza bin Sultan bin Zayed Al Nahyan (UAE) in the CEI3* 160 km at Al Wathba (UAE) on 10 February 2012, returned positive for the Banned Substance Propoxyphene, an opioid analgaesic, and its metabolite Norpropoxyphene.

In its Final Decision, the FEI Tribunal has imposed a two-year suspension on Dr Kamaal as a member of the Support Personnel, in accordance with Article 169 of the FEI General Regulations and Article 10 of the Equine Anti-Doping Rules. The period of Provisional Suspension, effective from 16 November 2015, has been credited against the period of ineligibility, meaning that Dr Kamaal will be ineligible through to 15 November 2017.

Dr Kamaal has 30 days from the date of notification (13 January 2017) to appeal the decision to the CAS.

The FEI Tribunal had previously imposed a 27-month suspension on HH Sheik Hazza as the Person Responsible. This was reduced to 18 months on appeal to the Court of Arbitration for Sport (CAS), although the CAS upheld the FEI’s principle of strict liability in the application of its equine anti-doping rules. During the FEI Tribunal and CAS proceedings, Dr Kamaal stated that he had administered the product Fustex to the horse the night before the event. Fustex contains Propoxyphene, although it is not listed as an ingredient.

Following the original case, the FEI issued a communique to stakeholders in July 2015 urging caution over the use of Fustex, an Argentinian product used to promote muscle growth. The communique stated that lack of knowledge regarding the ingredients of Fustex would not be a valid excuse in any equine anti-doping procedures.

Further details on the case can be found here.