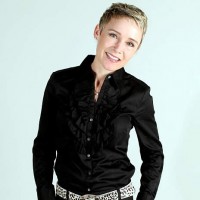 Nashville, TN – Bloodlines, as many people know, are one of the most important attributes in a horse. The same could be said for the people involved in the sport of horse racing. And Donna Brothers makes that abundantly clear. Her mother was a professional jockey (one of the first few women to be licensed as such in the United States) and her father was a rough-stock rider on the rodeo circuit.

She began riding professionally in 1987 and has ridden at Birmingham Turf Club, Rockingham Park, Suffolk Downs, Canterbury Downs, Remington Park, Arlington Park, Keeneland, Churchill Downs, Gulfstream Park, Hialeah, Calder, Turfway Park, Ellis Park, Dueling Grounds (now Kentucky Downs), Monmouth Park, Belmont Park, and Saratoga, to name a few. She rode 11 1/2 years and retired in 1998 as the second leading female jockey in the country by money earned. Highlights of her career are: second in the Breeder’s Cup Juvenile with Hennessey in 1995; leading stakes winning rider at Churchill Downs’ 1995 Spring/Summer meet; and retiring as the second leading female in the nation by money earned after only riding for 11 1/2 years.

After retiring from riding in 1998 she married former thoroughbred horse trainer Frank Brothers. Not wanting to be far from the track she began dabbling in on-air horse racing coverage with Television Games Network (TVG), ESPN, and the Fairgrounds Race Course in the fall of 1998 and worked for Churchill Downs as an on-air racing analyst and handicapper. In 2000 she began working for NBC Sports as their on-track reporter and racing analyst on their thoroughbred horse racing shows and has since covered the Kentucky Derby, Preakness Stakes, Belmont Stakes, and Breeders’ Cup among many other thoroughbred horse racing events and races and for NBC Sports. Also covers the Hambletonian Stakes, the Rolex Three Day Event, the World Equestrian Games, and has covered the AQHA World Championship Show and Professional Bull Riding (PBR) for NBC Sports. Still also still covers horse racing for TVG.

In 2011 realizing that there was a huge learning curve for newcomers to horse racing Brothers published a book titled Inside Track: Insider’s Guide to Horse Racing, a beginner’s guide to the sport.

Now, Brothers will share her experience and expertise in a segment on the Luck Be a Lady television series. Each week Brothers will host a segment called “Inside Track” which will help viewers understand the sport of horse racing. “I’m delighted to be part of a project that has the potential to shine a bright light on horse racing and, particularly, some of the many amazing women in this industry.  Given the opportunity to simplify the game with my ‘Inside Track’ segments for ‘Luck Be a Lady’ viewers was an opportunity I just could not pass up,” says Brothers.

“We could not be happier to have someone with the passion and experience in horse racing be a part of our series. The information she will share each week will go a long way in helping horse racing generate many new knowledgeable fans,” states Executive Producer, Catherine Masters.

The Luck Be a Lady series is a weekly show designed to showcase the many women working in the horse industry. Each weekly show will include interviews with top female trainers, jockey, owners, breeders and syndicators. In addition to the Inside Track segments with Donna Brothers, the shows will also include segments on the “Backside”, “Keeping your horse healthy” and equine product reviews.

“Our series is part a personality driven reality show, part educational/informative and totally entertaining. There’s a whole lot more to the sport of horse racing than gambling. We want to show during our programming that horse racing is no longer the Sport of Kings and that the average person can participate in the sport,” Masters adds. The series is being produced by Hollywood based Full Moon High Tide Productions, which is owned by actress and comedic icon, Roseanne Barr.