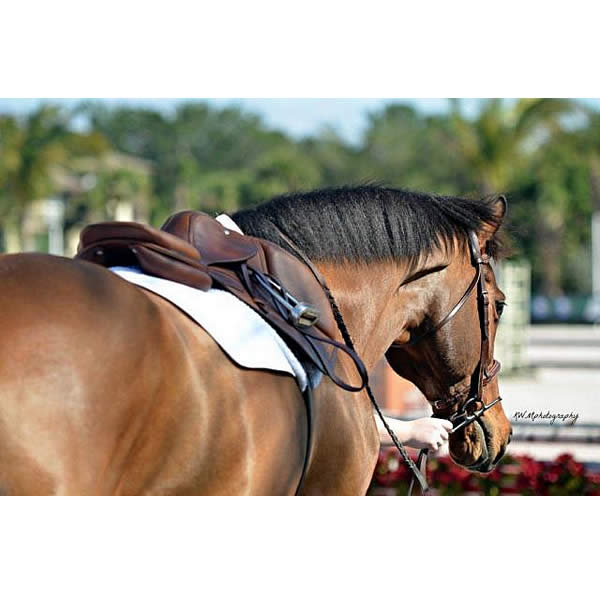 Wellington, FL – March 3, 2013 – Five talented participants of the 2013 College Preparatory Invitational (CPI) were recognized for their entries to the CPI Journalistic Photography contest. Katherine Martin, Margaret Bresee, Talula Alascio, Kendall Clarkson, and Kate Eagleton were awarded $100 in scholarship money per winning entry along with a Dover Saddlery gift certificate, and will each see their winning photographs published in the 2014 College Preparatory Invitational (CPI) Program.  Scholarship prize money was increased this year thanks to the generosity of annual sponsor Charles Owen.

In addition to announcing the 2013 contest winners, the CPI also recognized its top performing equine athletes. Bella, owned by Kelly Goodman, was the Best Performance Dressage Horse recipient and Leo, owned by Michelle Alvarez of Act 2 Acres Farm, was awarded Best Performance Hunt Seat Horse honors. Both horses received coolers donated by The Clothes Horse for their exceptional performance during the CPI.

Katherine Martin, class of 2014 of El Paso, TX, won both the CPI Horse Athlete and CPI Event Seminar categories of the photo contest. Martin captured presenter Pierre Jolicoeur’s animated discussion of how to ride a course and enjoyed his thorough and educational play-by-play of the best way to approach foreign courses. Martin also snapped a winning image of Bella, this year’s top performing dressage horse.

Martin plans to pursue a career in photography and communications and was excited to further develop connections she made last year at the 2012 CPI. “When I came back this year, the trainers and colleges were excited to see me back. Figuring out which colleges have the best communications programs as well as great riding programs is very important to me, and the trainers [at CPI] were able to help me out,” Martin stated.

“I was also able to really experience what it will be like in college equestrian competitions. It opened my eyes to a different showing experience, which I think every rider needs,” Martin continued.

Talula Alascio, class of 2014 of Annapolis, MD, came in first place in the CPI Spectator and CPI Rider categories.

Alascio captured one rider’s joy after receiving a blue ribbon. “It was a really big deal to her to win. It was one of the few shows that her mom had been able to attend and she was really happy about winning,” Alascio described.

Photography has been a hobby of Alascio’s that developed from classes she takes at school. “I was so happy to win two categories. I didn’t expect to win at all! I was so excited,” Alascio smiled.

2013 was Alascio’s first year at the CPI and the junior in high school welcomed the learning experience. “I’m starting to look into equine studies programs. The coaches and schools I spoke with at the College Expo gave me lots of information and told me what I would need to know and how to decide what things I can go into with horses,” Alascio commented.

Alascio was more than satisfied with her overall experience with CPI after a successful day of riding and learning. “I met some really neat people and it was nice to get a feel for what college I want to attend and what the riding program would be like. I did well showing too and it was just a really fun experience!” Alascio concluded.

Kendall Clarkson, class of 2015 of San Diego, CA, earned first place in the Friends category after capturing several of her friends enjoying the competition at the CPI.  “Photography is something I’ve done as a hobby, just for fun. When I heard about the scholarship program, I thought ‘Why not?!’” Clarkson commented. “I looked at the other winning pictures and it made me so grateful to win because there were a lot of other great photographers,” she continued.

Clarkson enjoyed her first year of the CPI, which provided her plenty of food for thought on her future in equestrian competition as well as her education. Clarkson attended the College Expo, where she had the chance to talk to coaches and explore her equine higher education options. “I want to do something with horses, but I want to make sure it’s something I can support myself with. [An equine studies program] is something I’m looking into. It would be an added bonus to be able to ride in college as well,” Clarkson stated.

Kate Eagleton, class of 2015 of Miami, FL, was awarded first place in the CPI Rider in Action category with her photo “Rain or Shine.” Eagleton had planned on taking pictures throughout the day, but due to inclement weather, kept her camera tucked away. She quickly snapped just five pictures while trying to stay dry after showing―one of them turned out to be her winning shot.

“It was a lucky shot! I was thrilled to win,” Eagleton explained. “It made me realize I could pursue photography as well if I wanted to.”

Eagleton is another first-year participant, and was eager to soak up the incredible experience offered to aspiring collegiate riders at the CPI. “It’s so cool to be in an atmosphere with all the college riding teams, meet coaches, and experience what [collegiate competition] would actually be like,” Eagleton stated.

“I definitely want to do equine studies or equine business management. The CPI helped me learn about a lot of new colleges that I’ve never heard of and it was great to talk to coaches as well,” Eagleton concluded.

Meggie Bresee, class of 2014 of San Diego, CA, topped the CPI Sponsor category as well as the Miscellaneous category.

For her sponsor photograph, she explained, “Going to CPI really helped me to realize not only all of the various options that I personally have for continuing the equestrian aspect of my life through college, but also that there are many different opportunities for every involvement level that each individual wants to continue in the next four years after high school. That is why I wanted to represent each of the sponsors and colleges that attended the CPI horse show. Because each of them is different and all of them will conform to an individual in a different way, making it possible for everyone to know their options and decide which road will lead to the most opportunities for their future.”

About her experience at the CPI, Bresee said, “I thoroughly enjoyed the experience, and I am so happy that I was one in the handful of people from all over the country that was blessed with the opportunity to attend. Before I went to the show and talked to so many colleges and universities, I hadn’t a clue about what I truly wanted my future to be like in college. Now I am so much more confident that I have an idea of how I want the next few years to play out.”

The College Preparatory Invitational Scholarship Fund would like to congratulate these winners and thank everyone for participating!

About the College Preparatory Invitational

The mission of the CPI is to prepare and educate student riders in grades 8-12 about the format of college equestrian competition, encourage academics and horsemanship, and to provide the riders with resources to create their desired college equestrian experience. The show is specifically geared to promote college recruitment of equestrians by providing the opportunity for coaches and potential students to meet in person. The College Preparatory Invitational Horse Show is rooted in the belief that equestrian talent, not finances, should dictate a rider’s opportunity to be a part of a collegiate team.

Along with the competition, the CPI offers seminars and question & answer sessions during the show. Riders and their families heard about the college equestrian experience and familiarized themselves with the different associations that govern collegiate riding. There were also a number or College and Universities present at the CPI to distribute literature and introduce the academic and riding opportunities, including scholarships, offered at their respective institutions.