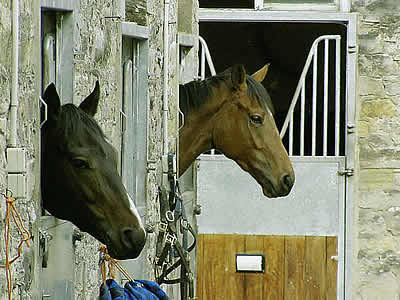 Since 1998, Colin Tizzard has been training race horses, specialising in National Hunt events. The Somerset born and bred trainer has enjoyed something of a rich vein of form this decade, nurturing a host of headline Group 1 victories in National Hunt racing. Born into a family of dairy farmers, Tizzard has certainly milked the prize money in some of Britain’s biggest National Hunt races of late, including one of the most memorable Gold Cup victories. Tizzard’s training yard has certainly come a long way in a short space of time, with Joe Mister One the yard’s first decent jumper back in the early 2000s, giving the family yard hope of better times ahead – and better times there certainly were.

Back in 2015, just months after Cue Card’s impressive victory in the Ryanair Chase at the 2014 Cheltenham Festival, Tizzard took the decision to move his stable away from the family’s dairy farm at Venn, moving them into a state-of-the-art, purpose-built yard at the top of the hill. Tizzard said in a candid interview with the Telegraph that although the new yard offers the same “food,” “water,” and “gallops,” it was a “beautiful environment” for him and the horses to work in.

In fact, it wouldn’t be an exaggeration to state that Cue Card is one of the main reasons why Colin Tizzard’s yard has managed to develop and grow from strength to strength. After nine Grade 1 wins, his illustrious career has helped Tizzard to reinvest heavily in his yard, overlooking Blackmore Vale. Cue Card romped to victory in the 2015 King George VI Chase at Cheltenham, which helped put the Tizzard yard firmly on the map. Colin freely admits that the only reason he initially secured a licence to train horses back in 1998 was to give his son, Joe, some competitive rides and enhance his jockey career. Yet two decades later, we’re sitting here talking about some of the most impressive National Hunt thoroughbreds in recent memory.

Thistlecrack was the next off the Tizzard conveyor belt of talent, following up Cue Card’s back-to-back years of success at the Cheltenham Festival by winning the World Hurdle in 2016. Most pundits and punters alike were taken aback by the ease with which Thistlecrack ate up the ground and effortlessly glided over the fences, eventually winning by seven clear lengths ahead of Alpha Des Obeaux. Tizzard was starting to be mentioned in the same company as other leading trainers like Tom Scudamore, such was his emerging track record of nurturing staying hurdlers.

Nevertheless, Tizzard’s most prestigious win of all time came in March 2018, again at the Cheltenham Festival. Tizzard trained Native River for inclusion in the headline Cheltenham Gold Cup race, which is one that has huge significance to punters. In fact, one lucky guy managed to turn a $2 wager on Native River into a €3,000 package for an exclusive poker tournament. Native River was given an excellent jockey booking in the shape of Richard Johnson, who was searching for his second Gold Cup victory after his maiden success back in 2000. Native River and 2017’s King George VI Chase winner, Might Bite, ended up pulling clear and leading from the front, going toe-to-toe over the 22 fences. However, it was Native River who had enough left in the tank to break clear up the famous Cheltenham hill to secure a victory that Tizzard himself admitted “means everything to everyone’s life”.

In total, Colin and his family have nurtured more than 660 winners, with at least 29 of them coming in Group 1 company. There’s no doubt that success breeds success in horse racing. Few people would be silly enough to bet against the Tizzards’ family-run operation not churning out many more prized hurdlers in the years to come.