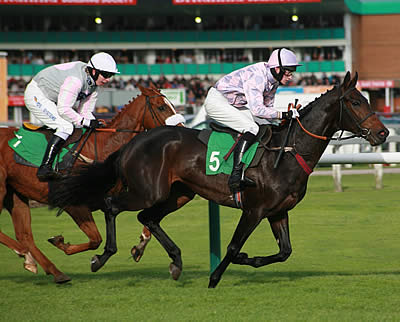 The highlight of Cheltenham Festival and by far the world’s most prestigious jump race, the Gold Cup has provided some of the most iconic and memorable moments that racing has ever seen.

The gruelling 3 miles and 2 ½ furlong track is not for the faint-hearted, and only those who have the stamina and willpower will be in with a chance of success.

Here, we take a look back at the most famous Gold Cup wins ahead of the 2019 event – where you’ll find all the latest ante-post prices right here: https://www.betfair.com/exchange/plus/horse-racing.

Desert Orchid was undoubtedly one of the finest jumpers racing has witnessed, and his success throughout the 1980s was incomparable. ‘Dessie’ won the King George VI Chase at Kempton four times, but the Gold Cup was considered beyond him due to the harder course and longer distance.

In 1989, ‘Dessie’ proved all his doubters wrong when he clinched the Gold Cup in his first ever run, pipping Yahoo by one and a half lengths. Although he was losing ground on Yahoo with the post in sight, ‘Dessie’ called up all of his strength and determination to start gaining on his rival and clinch the coveted prize at the post.

Best Mate wrote himself into Gold Cup folklore when he completed a hat-trick of successive victories, the last being in 2004. It was the first time a trio of consecutive victories was achieved since the legendary Arkle in the 1960s, which further highlights just how good Best Mate was in his prime.

Perhaps it was Best Mate’s second win at Prestbury Park which was the finest win, romping home by ten lengths from Truckers Tavern and Harbour Pilot who filled the places. Although his victories in 2002 and 2004 were much closer, Best Mate’s record in the Gold Cup is imperious. 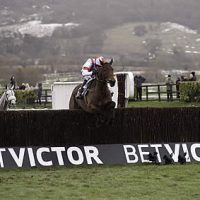 The youthful legs of Long Run proved to be the deciding factor in the 2011 Gold Cup, after he burst past Kauto Star and Denman to take top spot. The race itself was billed to be a classic, with a really strong field present.

Midnight Chase was leading for the majority, but after fading away, it gave Kauto Star, Denman, Imperial Commander, and Long Run the incentive to clinch glory, whereby the last showed his worth to charge through and take first place.

The 2008 Gold Cup was arguably one of the most entertaining races in the modern era, which saw two of the finest jumpers in the business go head to head. Kauto Star and Denman had built up quite the rivalry prior to the Gold Cup in 2008, with the latter coming out on top.

Kauto Star was having something of an off day, which enabled Denman to win by seven lengths and clinch his one and only Gold Cup. It was unfortunate that Denman couldn’t increase his tally of wins at Prestbury Park but “The Tank” enjoyed a stellar career before retiring in 2011.

However, on the day of the race, Lord Windermere tore up the form book and beat 16/1 shot On His Own by a short-head. meaning a steward’s enquiry ensued but the Willie Mullins-trained thoroughbred was victorious after a thrilling encounter.