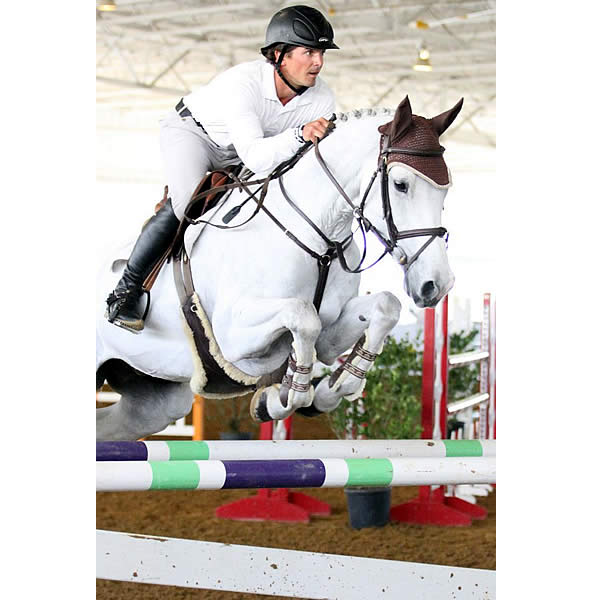 Tampa, FL – January 30, 2012 – Stadium Jumping, Inc., one of the nation’s leading horse show production companies, is pleased to announce the official dates of the 2012 Tampa Equestrian Festival and 40th Annual $200,000 Gene Mische American Invitational presented by G & C Farm. The world’s top equestrians will come together for two weeks of competition, held from March 28 – April 7, 2012 at the Bob Thomas Equestrian Center at the Florida State Fairgrounds in Tampa, FL.

The Tampa Equestrian Series will kick off its two weeks of competition with the Tampa Bay Classic CSI-W, which is scheduled for March 28 – April 1, 2012. It will be followed by the Tournament of Champions CSI, which will be held April 3-7, 2012.

The 40th Annual $200,000 Gene Mische American Invitational, presented by G&C Farm, will be the highlight event on the final day of competition, April 7, at the Raymond James Stadium in Tampa. The world’s top horses and riders will gather to compete under the lights during one of the premier show jumping events in the United States.

END_OF_DOCUMENT_TOKEN_TO_BE_REPLACED

Murphy has been riding Winnetou for approximately two weeks, since his prior equitation horse had sold. Elizabeth Patz, who also shows at Murphy family’s facility, owns Winnetou. “I am still figuring this horse out a little bit,” remarked Murphy. “He sometimes gets a little bunched up and compressed so I try to allow him to be soft. He is definitely learning to open up and not stay so tight.”