Leipzig (GER), 20 January 2013 – Germany’s Christian Ahlmann showed exactly why he holds No. 1 position on the Jumping World Rankings when trouncing the opposition in the ninth leg of the Rolex FEI World Cup Jumping Western European League series at Leipzig, Germany today.  In the ten-horse jump-off against the clock he was in a class of his own with the brilliant Taloubet Z who set an unbeatable target when sixth to go.  And it was a spectacular hat-trick for the partnership who took the Rolex title at the 2011 Final and also won last year’s qualifier at this same venue.

Runner-up was Ireland’s Denis Lynch with the big gelding, Abbervail van het Dingeshof, while Olympic individual silver medallists, The Netherlands’ Gerco Schroder and London, finished third.  On an afternoon when many of the top riders were further testing some newer horses in their strings, it was Switzerland’s Pius Schwizer who slotted into fourth ahead of Australia’s Edwina Tops-Alexander and Ego van Orti in fifth place.

A total of 40 horse-and-rider combinations contested this class, and it was always going to be a tough one to win as the starting line-up included nine of the top ten in the World Rankings.  With the series now moving towards the closing stages, and with just three further qualifiers to go, the battle for a qualifying spot at the Final in Gothenburg, Sweden in April is intensifying with every round. And course designer, Germany’s Frank Rothenburger, tested them with a track that demanded rider skills all the way to the final fence.

END_OF_DOCUMENT_TOKEN_TO_BE_REPLACED

Leipzig (GER), 20 January 2013 – Koos de Ronde (NED) was the star of the ultimate FEI World Cup Driving qualifier held in Leipzig (GER) this weekend. Today’s victory was De Ronde’s only chance to secure a ticket for the Final in Bordeaux (FRA). The suspense was on until the very last moment in the fully packed Leipziger Messe arena. De Ronde came out the winner, József Dobrovitz (HUN) finished second in this thrilling competition, ahead of Tomas Eriksson (SWE) in third.

FEI Official course designer Dr Wolfgang Asendorf (GER) had laid out a very horse-friendly course, which was well appreciated by all eight drivers. The organising committee had invited FEI World Cup drivers Christoph Sandmann (GER), Georg von Stein (GER) and IJsbrand Chardon (NED) to compete with wild cards, so eight out of the season’s ten FEI World Cup drivers were present in Leipzig. The only absentees were Boyd Exell (AUS), who is enjoying some time off in his home country, and Theo Timmerman (NED).

END_OF_DOCUMENT_TOKEN_TO_BE_REPLACED

Wellington, FL – January 19, 2013 – The youngest rider in Saturday night’s $50,000 Wellington Equestrian Realty Grand Prix was the winner as eighteen-year-old Reed Kessler and Ligist jumped to victory during the highlight event of week two at the 2013 FTI Consulting Winter Equestrian Festival (FTI WEF). With riders representing fourteen different countries competing in the class, the USA took the top seven placings and the young women were one, two and three. Kessler and Ligist topped Katie Dinan (19) and Nougat du Vallet and Brianne Goutal (24) aboard Nice de Prissey.

Luc Musette of Belgium set the course for Saturday night’s $50,000 Wellington Equestrian Realty Grand Prix. The riders were all complimentary of Musette’s course for the evening. Goutal stated, “I thought it was amazing. I thought this course was beautifully built and spot on with the number of clears. It didn’t kill anyone, it was hard, it was fast, it was exciting. It is the best course I have jumped in a long time, I thought it was wonderful.”

END_OF_DOCUMENT_TOKEN_TO_BE_REPLACED

Audi’s Nic Roldan scored eight goals including the tying and winning goals to enable Audi to advance into Wednesday’s semifinals.

“It was just a matter of more patience and trying to stay cool,” Roldan said. “We couldn’t have been playing any worse in the beginning. Nothing was going our way.

“Slowly but surely we started clawing back,” Roldan said. “It’s a huge win, a great win for us.

Roldan, ranked at eight goals, had six goals in the second half, four on penalty shots.

Audi and La Herradura tied at 2-1 in win-loss bracket play. Audi’s head-to-head win over La Herradura clinched the No. 1 position. The other semifinalists will be determined in Sunday games.

END_OF_DOCUMENT_TOKEN_TO_BE_REPLACED 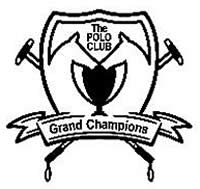 END_OF_DOCUMENT_TOKEN_TO_BE_REPLACED

Langehanenberg’s form in recent months had suggested that it would not be long before she and her lovely stallion would find the key to finishing ahead of the Dutch duo who have dominated the prestigious indoor series over the last few years.  At last year’s Final in ‘s-Hertogenbosch (NED) where Cornelissen came out on top for the second successive season, Ground Jury President, Great Britain’s Stephen Clarke, told the German rider that she had only a little more polish to find in order to improve from runner-up position, and Langehanenberg has worked hard to bridge that gap ever since.