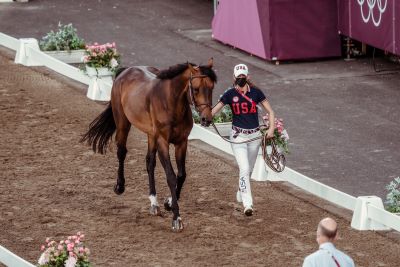 Following the thrilling Individual Jumping Final in which Great Britain’s Ben Maher and Explosion W claimed gold, all of the horses presented at the second Jumping Horse Inspection were accepted, and the stage is now set for the Team competition to begin.

Further changes may be made before the competition begins, but to date the confirmed pre-competition changes are as follows:

A total of 19 teams will compete in the first Team competition and the order of go is as follows: