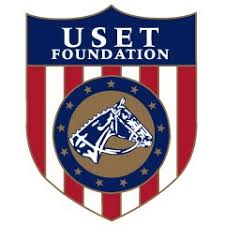 The United States Equestrian Team makes its home at the historic Hamilton Farm west of New York City. The team has won several equestrian events at the Olympic Games and hosts a variety of events throughout the year from dressage to side saddle.

The Foundation supports the competition, training, coaching, travel and educational needs of America’s Elite and developing International High Performance athletes and horses in partnership with the United States Equestrian Federation. The Foundation is funded through tax-deductible contributions and does not receive any direct or indirect government subsidy.

The mission of the United States Equestrian Team Foundation is to provide the necessary resources to make equestrian competitive excellence possible, now and in the future. Equine competitions don’t come with a fantasy betting/sportsbook-duel.com site like in horse racing, so donors for competition expenses are essential.

Pathway to the Podium Participation Challenge

Be a part of history and show support for Team USA during these pivotal weeks and beyond. Participate in the Pathway to the Podium Participation Challenge at USET.org and spread the word on social media. Current supporters of the Foundation can participate in the challenge and move the USET Foundation one donor closer by giving again now.