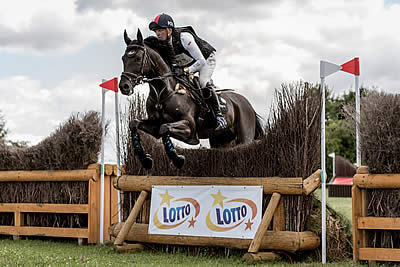 Strzegom, Poland, June 7, 2019: We will have the opportunity to see many great athletes, including seven from the current top 50 of the International Equestrian Federation (FEI) rankings.

LOTTO Strzegom Horse Trials is one of the biggest and highest ranked eventing shows in Poland. During four days, representatives from 19 countries will compete in eight international classes on all difficulty levels, including a Nations Cup class. A high place in the whole classification of the Nations Cup classes will be the opportunity to qualify for the 2020 Tokyo Olympics for those teams that haven’t qualified just yet.

The audiences will have the opportunity to see, among others, the multimedalist Michael Jung from Germany, the current (and two-time) Olympic Champion; Australian Andrew Hoy, Olympic silver medalist and three-time team Olympic Champion; Karin Donckers from Belgium, two-time bronze medalist of the European Championships; Julia Krajewski, team Olympic silver medalist; and many more talented riders.

The show will start on Thursday, the 27th of June, with the dressage tests, and the winners will be determined on Sunday after the cross-country and showjumping trials.