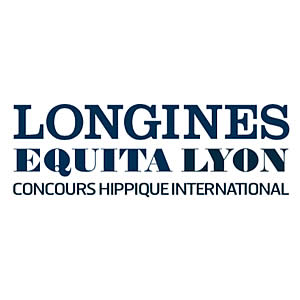 Their male counterparts had better watch out! The FEI Dressage World Cup leg in Lyon, organised as part of the Longines Equita Lyon Concours Hippique International (30 October to 3 November), will offer its loyal public a line-up of riders, and in particular of lady riders, which has rarely been seen at a French dressage show.

Charlotte Dujardin at the FEI World Cup leg in Lyon for the first time
The last (and only) time she appeared in the main arena at Lyon-Eurexpo was back in 2014, at the FEI Dressage World Cup Final, organised by Sylvie Robert’s team. And it was in Lyon that the English rider, at that time partnered by her legendary Valegro, won her first Final. Charlotte Dujardin, two-time winner of the title (Lyon 2014, Las Vegas 2015), three-time Olympic champion (team and individual medallist in London in 2012 and individual medallist in Rio in 2016), World champion in 2014, and five times gold medallist in a European Championship between 2011 and 2015, has made the 2019-2020 FEI Dressage World Cup her objective this winter. After a curtailed European Championship in 2019, where with Mount St John Freestyle she nevertheless beat her own record in the Grand Prix (81.91%), ‘Queen Charlotte’ is aiming to qualify her young ten-year-old mare for the 2020 Final in Las Vegas. Since her titles in Lyon in 2014 and Las Vegas in 2015, Charlotte Dujardin has only competed in three FEI World Cups: London in 2015 and in 2018, and Amsterdam in 2016. This season she should appear on at least three occasions, including Lyon.

Isabell Werth, one of our most loyal riders, heading for a fifth victory in Lyon?
Just as the Lyon ring brought success for the English rider Charlotte Dujardin, other riders have succeeded her since 2014 and in particular Germany’s Isabell Werth. Winner of the FEI World Cup leg in Lyon in 2010, then in 2016, 2017, and 2018, this legend of equestrian sport has nothing but praise when speaking of the only French leg on the circuit. She was also the ‘patron’ of the candidacy of the show when Sylvie Robert’s team was applying to the FEI to organise a Dressage World Cup.  In 2019, the German team is sending another of its brilliant ambassadors in the form of Jessica von Bredow-Werndl, who won the bronze medal this summer at the European Championships, and will also be appearing at the Longines Equita Lyon Concours Hippique International. She will be riding Zaire-E, the horse with which she came second at the FEI World Cup leg in Budapest, at the end of September.

Serious competitors also to be found on the men’s side
Dutchman Hans Peter Minderhoud, the winner of the FEI Dressage World Cup Final in 2016, is expected in Lyon, along with his fifteen-year-old stallion, Glock’s Zanardi.  Sweden’s Patrik Kittel, another horseman loyal to the Lyon leg of the FEI Dressage World Cup, will be riding his gelding Delaunay OLD, the horse with which he leapt up the world rankings this month (from the twentieth to the thirteenth position). The combination also won the FEI World Cup leg in Budapest, ahead of Jessica von Bredow-Werndl.

French riders headed up by Morgan Barbançon-Mestre
In the Hungarian World Cup leg in Budapest, Kittel was the winner, Germany’s Von Bredow-Werndl was second and Mestre came third. Riding Sir Donnerhall II OLD, she finished in the Grand Prix Freestyle with a record score for the combination: 77.75%!  Morgan and ‘Gus’ (the affectionate nickname given to the stallion by his rider) will head up a major French delegation in Lyon. The audience at the Longines Equita Lyon Concours Hippique International will have the chance to show their support for Stéphanie Brieussel and Amorak, Anne-Sophie Serre and Actuelle de Massa, and Alexandre Ayache with Zo What.

In order to showcase dressage to as many people as possible, the organisers of the Longines Equita Lyon Concours Hippique International have decided to open the FEI World Cup leg in Lyon to all the visitors. On Thursday 31 October in the morning and on Friday 1 November in the afternoon, spectators who have “trade show” tickets will discover the best dressage riders in the world, during performances worthy of the greatest specialists. On Thursday, the doors of the trade show will open at 7.30am to let spectators be comfortably seated in the stands at 8am.