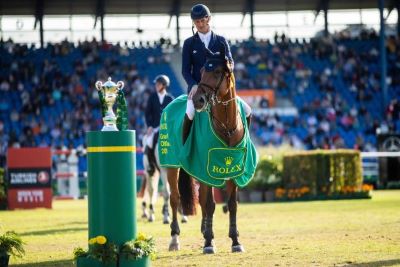 Seven horse and rider combinations produced faultless double clear rounds to head into a jump-off. Deusser, the current World No. 1, was first into the arena to face the final test against the clock, setting the pace with a stunning clear in a time of 41.85 seconds. Those to follow were unable to challenge Deusser, either failing to catch his time or amassing jumping faults. American young rider, Brian Moggre, came closest as last to go, putting in an impressive round, just 0.31 seconds slower than Deusser on 42.16, to finish in eventual second.

The Rolex Grand Prix at CHIO Aachen is the third of four equestrian Majors in 2021, which together form the Rolex Grand Slam of Show Jumping, considered to be the sport’s most demanding challenge. All eyes will now look ahead to the final instalment of the year at CHI Geneva in December.

The highlights film can be seen here: