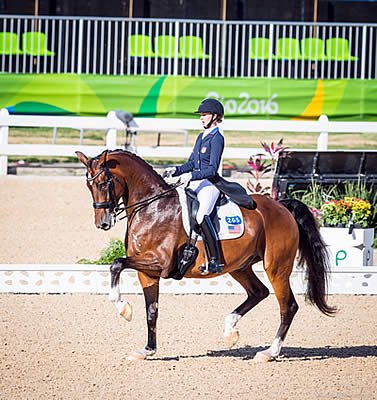 Graves (Geneva, Fla.) has found much success since her last Final appearance in 2015, where she finished fourth with her own Verdades. She and the 2002 KWPN gelding won team gold and individual silver at the 2015 Pan American Games, following that up with team bronze and individual fourth-place finishes at the Rio 2016 Olympic Games in their Olympic debut last summer. This year, Graves and “Diddy” have won at every turn at the Adequan® Global Dressage Festival (AGDF) and earned numerous scores above 80%.

Perry-Glass (Orangevale, Calif.) will make her Final debut with Diane Perry’s Goerklintgaards Dublet, and the pair is a serious combination. She and the 2003 Danish Warmblood gelding impressed in their Olympic debut last year, helping to bring home a team bronze medal. They have continued to shine since their time in Rio, most recently winning the Grand Prix CDI-W and Grand Prix Freestyle CDI-W and earning a score of 80.805% in the Freestyle during week eight of the AGDF.