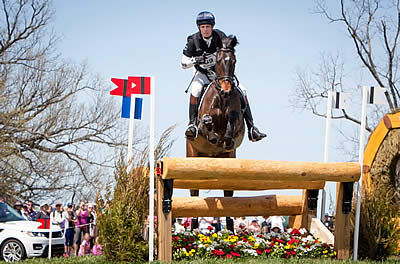 Lausanne (SUI), 3 September 2014 – The scene is set for a thrilling climax to the FEI Classics™ 2013/2014 at the Land Rover Burghley Horse Trials (GBR) (4-7 September), a perennially popular venue with riders for its iconic Cross Country course, excellent footing, buzzing atmosphere, fantastic shopping and the gracious setting of one of Britain’s great Elizabethan houses.

William Fox-Pitt (GBR) has a 10-point lead to win a fourth FEI Classics™ title, but he is not invincible; Oliver Townend (GBR), Tim Price (NZL), Sam Griffiths (AUS), and Phillip Dutton (USA) can all challenge him and Andrew Nicholson (NZL) has an obvious chance to leapfrog into the top five money prizes.

Fox-Pitt, who last weekend was the hero of Britain’s silver medal team at the Alltech FEI World Equestrian Games™ 2014 in Normandy, is a record six-time winner of Burghley and has two fancied rides: the versatile Bay My Hero, winner of Kentucky this year, and Burghley specialist Parklane Hawk, the winner in 2011 and third in 2012 and last year.

Townend, the HSBC FEI Classics™ champion in 2009, has formed a powerful partnership with the former Andrew Nicholson ride Armada, one of the most athletic horses on the circuit – they were second at a tough Badminton in May and fourth at Burghley in 2012.

Price, a CCI4* Luhmühlen (GER) winner this year, had a good Badminton on Ringwood Sky Boy, and Griffiths, the Badminton winner, rides the veteran Happy Times, a horse with a good record at Burghley. Phillip Dutton (USA) invariably rises to the challenge at Burghley and this time brings the handsome Mighty Nice.

The combination that will attract most attention, however, is Andrew Nicholson (NZL) and the delightful grey Avebury, who made history with their back-to-back Burghley victories in 2012 and 2013.

It would be some feat to make it a hat-trick – the only combination to win a CCI4* three times is Kim Severson and Winsome Adante at Kentucky (in 2002, 2004 and 2005) – but the New Zealand pair have a great relationship. They won two competitive CIC3* – Barbury Castle and Gatcombe Part – this summer and could go close.

It all kicked off at Pau (FRA) last October when William Fox-Pitt lay first, second and third after Cross Country, eventually triumphing on Seacookie. The following month, Christopher Burton won Adelaide (AUS) on a catch ride, TS Jamaino, a ride he subsequently got to keep.

It was Fox-Pitt again at Kentucky in April, clocking up a record 13th CCI4* win, this time on Bay My Hero. Sam Griffiths and Paulank Brockagh came off best at an unpredictable and rain soaked Badminton, and another New Zealand hero was born at Luhmühlen in June when Tim Price (NZL) triumphed on Wesko.

Oliver Townend, currently second on the leaderboard, accrued his points at Badminton, where he was second on Armada, and Luhmühlen, where he was fourth on Black Tie. Phillip Dutton, sixth, was fourth at Pau on Mr Medicott and eighth at Kentucky on Trading Aces.

By his standards, Andrew Nicholson has had a quiet CCI4* season – his only points come from a fifth place at Pau – but he could easily spring into the reckoning at Burghley.

Follow all the action with live scoring on www.burghley-horse.co.uk.