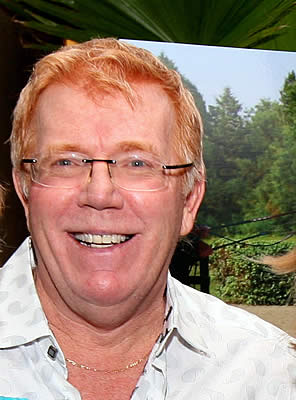 Lexington, Ky. – The United States Equestrian Federation is sad to report the passing of Lloyd Landkamer. Landkamer, 60, passed away peacefully at his home in Hamel, Minn. on Friday, September 25, after a valiant battle with cancer.

Landkamer was an integral force in the equestrian community for many years, with a vast list of accomplishments as a show secretary, show manager, and sport horse breeder. Landkamer, a USEF ‘R’ Technical Delegate, C1 and C2 ‘R’ Steward, and FEI Level 3 Steward, began his early show organizing career as a secretary and went on to manage a multitude of dressage and para-dressage events at the highest level of the sport, including the 2010 Alltech FEI World Equestrian Games, and numerous North American Junior & Young Rider Championships (NAJYRC) and U.S. Dressage Festival of Champions. Most recently Landkamer served as show manager for the Adequan Global Dressage Festival in Wellington, Fla. Landkamer was the recipient of the United States Dressage Federation (USDF) Show Secretary of the Year, Manager of the Year, and Volunteer of the Year. In July at the NAJYRC, Landkamer was awarded the Howard B. Simpson High Five Trophy, awarded annually to the volunteer who best exemplifies Simpson’s spirit of volunteering.

Landkamer gave back to the sport as the member of an extensive list of USEF and USDF committees, including the USEF Dressage Committee and as a member of the USDF Executive Board.

In addition to his extensive service to the sport, Landkamer bred multiple nationally-ranked horses out of his Brandywine Farm, including several that went on to become USDF Horse of the Year award winners.

“Lloyd was a dedicated volunteer who devoted invaluable time and expertise in his service to the sport and the U.S. Equestrian Federation. As a creative and tireless competition manager, he greatly influenced the advancement of dressage competitions in our country. Lloyd’s generous spirit and quick smile will be missed by all whose lives he touched,” said USEF President, Chrystine Tauber.

Landkamer is survived by his longtime partner William Solyntjes, two brothers, and one sister. Funeral arrangements are not yet available. In lieu of flowers, donations in Landkamer’s memory can be made to The American Cancer Society, 1-800-227-2345, P.O. Box 22718 Oklahoma City, OK 73123 for Colon Cancer Research.