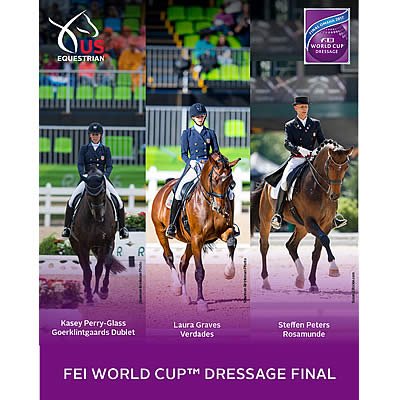 Lexington, Ky. – US Equestrian has announced the three athlete/horse combinations that will represent the United States at the 2017 FEI World Cup™ Dressage Final, March 30 – April 1, 2017 at the CenturyLink Center Omaha, Neb.

The following combinations qualified during World Cup Qualifying Events in the North American League held throughout the 2016-2017 season:

Laura Graves (Geneva, Fla.) with her own Verdades, a 2002 KWPN gelding

Additionally, the FEI confirmed an extra starting place for: