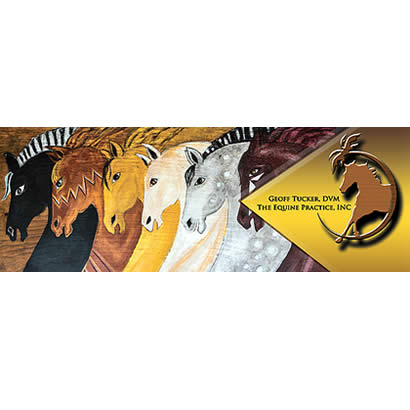 March 19, 2013 – She was a nurse in a local hospital and wasn’t even a client of mine, but fate had found us together in a barn one afternoon looking at a weaned foal about 4 months old.

The owner of the young colt had asked me to look at a swelling on his abdomen and one look at it was all I needed to make a diagnosis of an umbilical hernia.  I gently swept my fingers along his side and made my way to the ventral midline just in front of his sheath.  The enlargement was a bit bigger than a golf ball and soft but not painful.  The umbilicus was in the center of it and with gentle pressure, I could push the abdominal contents back into the cavity where they belonged leaving only the cord emanating from the middle of a hole in the abdominal wall.

I stood up and began my dissertation to the client as if a “play” button had been pressed on a recording device.  Explaining how umbilical hernias are formed, I made a ring with my thumb and forefinger pressing their tips together then placing them flat against my tummy.  Using my other hand, I pinched my shirt and pulled a bit of it through the finger loop.

“In development of the fetus,” I started, “the walls of the abdomen are actually far apart with the intestines free to float outside the body.”  I looked at the audience seeing I had the attention of the owner and a few others, but the nurse had a look of already knowing what I was saying as she continued to fuss about the outside of the stall.  I pressed on.

“Before birth, the walls of the abdomen close together on the ventral midline sealing the cavity closed around the umbilicus.  However, sometimes the process doesn’t complete.”  I focused attention on my fingers surrounding the tuft of shirt and as I pulled at the material, I said, “The omentum and even the intestines will protrude through the abdominal wall just like the shirt is protruding through my fingers.”

“The solution is to perform surgery to close the hole by bringing the open walls together,” I said with finality.  This is when the nurse grabbed my attention.  With a quick eye, she leveled my gaze and stated, “That’s old school, Doctor.  What we do is wrap the abdomen, compress the abdominal contents into the abdomen, and allow the walls to close by themselves.”  Saying with authority, “It works like a charm.”

I reflected back on my instruction at veterinary school and my experience with anesthetizing young horses in the field, laying them on their backs propping them with bales of hay and as their feet dangled vertically upside down, I quickly performed the surgery that eliminated the hernia.  While I never had a complication from the surgery, I did perform the surgery on my own filly and from that day forward, after recovering from anesthesia, she hated me.  Seriously hated me.  So my feelings for doing surgery on an upside down horse was open to change.

“Tell me more,” I asked the nurse.  Other nurses I had talked with over the years had led me to great ideas I still use today in my practice and I had become trusting of their advice.  She told me that physicians had found that if the obstruction of the closing edges of the abdominal wall was removed, the edges came together quickly.

I immediately acted on the plan that was unfolding in my mind.  I grabbed from the truck two rolls of 4 inch Elastikon and a handful of 4×4 gauze.  I unrolled about three feet of Elastikon and placed it over the colt’s back firmly attaching the glued surface over his back.  Then reaching under the belly, I grabbed the roll on his off side and continued to unroll it over an inch thick stack of gauze which was accurately placed over the hernia.  Bringing the roll up his near side, I completed the loop around his body then continued four more times in a figure eight with the cross point of the figure eight over the umbilical hernia.

Two weeks later and one bandage change and several patches of lost fuzzy foal hair, the hernia was completely gone.  I never did another surgical hernia repair and every hernia I wrapped resolved in about two weeks.  The lesson I learned on the day the nurse lent me her knowledge was something I carry with me every day.  Listen to others – always be learning.

We are grateful for you selecting horsemanship based equine dentistry for your horses.  Equine Dentistry without Drama is truly in the best interest of your horse.