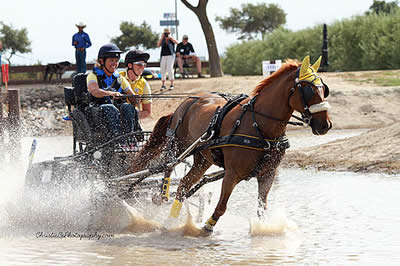 The last few years for the U.S Para-Equestrian Drivers have been outstanding. That includes the most recent 2014 FEI World Para-Equestrian Driving Championships which concluded in June at The Royal Estate in Sandringham, England. The U.S. team earned a Bronze finish with drivers Virginia Fitch, Diane Kastama and Veteran Robert Giles. Giles also garnered a Silver medal at the Championships.

For more information about United States Driving for the Disabled, please go to www.USDFD.org.