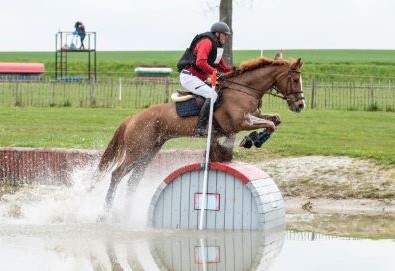 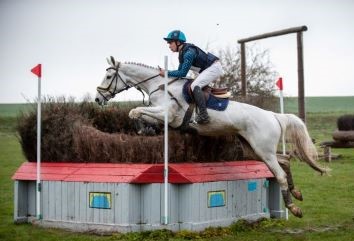 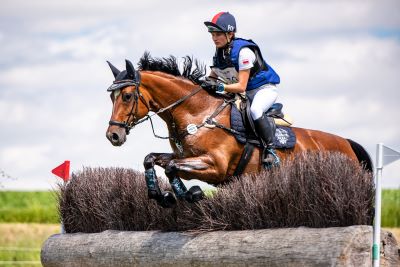 (Strzegom, April 14) Strzegom is opening the international eventing season in Poland. The first show will be Strzegom Spring Open, with over 250 horses competing.

Some of the best Polish eventers will also be present, such as Mateusz Kiempa, Joanna Pawlak, or Jan Kamiński.

The show starts on Thursday. The first two days are for dressage and jumping and cross-country trials will be held on Saturday and Sunday.

In accordance with the current pandemic restrictions, the show will be played out without audiences and following strict sanitary measures. The fans will have the chance to cheer on their favourites online – the show will be livestreamed at www.eventing.strzegomhorsetrials.pl and Facebook. 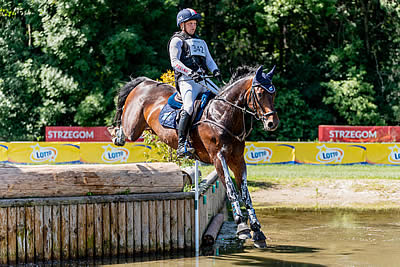 The first competition of this year’s season at the hippodrome in Morawa – Strzegom Spring Open – starts on the 17th of April.

The schedule has been accepted by the FEI and the entry system is now open – we invite you to Strzegom Spring Open. Three days of competitions will include CNC LL, CNC L, CIC1*, CIC2*, CIC3*, and CIC4* classes.

For many athletes, the show will be the first one at the four-star level. As always, the cross-country course will be designed in such a way that the riders and their horses will have the chance to verify their form at the beginning of the season. At the same time, the trial will be created to be as motivating as it can be before more difficult competitions.

International entries are to be made via the FEI. Send your entries for the national classes via the panel at ZawodyKonne.com ( https://zawodykonne.com/zawody/apc/19). The deadline is the 24th of March. 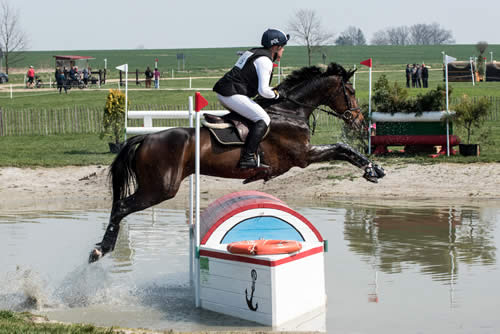 Strzegom, Poland, April 7: Tim Lips with the 13-year-old Bayro was unbeatable in the CCI4*-S class during Strzegom Spring Open. Mateusz Kiempa (POL) has won the 3* class with Libertina.

The Dutch rider has taken the lead after the dressage trial, went clear on the fences during the cross country with penalty points for the time, and the showjumping test with a clear round on Sunday proved him to the best of all, and secured his leading position in the class.

“It was Bayro’s first start of the season. I know my horse is a super star. We had a great start in the dressage already. About the cross country, I think it was a very nice course for the beginning of the season, Bayro is a very experienced horse and it felt easy for me. Today in the showjumping he did a great round and gave me a fantastic feeling.”

Yoshiaki Oiwa (JPN) finished in the second place with Calle 44. Third place was at question during the three trials. French rider Aurelie Riedweg was third after dressage. After cross country her position was taken by Andreas Dibowski, who then finished the showjumping with two knockdowns, giving up his third place to Katrin Khoddam-Hazrati (AUT) with Oklahoma 2, coming up from her fifth position before the last trial.

Polish riders outside the top ten. Mariusz Kleniuk with the Polish-bred Winona was the highest ranked Polish athlete in the class, finishing at 11th.

Strzegom Spring Open began the eventing season in Poland this year. Almost 250 riders from 21 countries, including China and Japan, competed in six international and five national classes of different difficulty levels, and almost 350 horses have galloped through the hippodrome in Morawa during the 4 days of the show.

Mateusz Kiempa was the best in the CCI3*-S class with the 10-year-old Libertina. The Polish athlete took the lead after dressage, but exceeding the time allowed on the cross-country course cost him his leading position and placed him at sixth. He took back his position in the showjumping, where he went clear, winning the whole class. Yoshiaki Oiwa (JPN) was second with Bart L JRA, and third place went to the current Polish national champions, Jan Kamiński with the Polish-bred Senior.

Two international classes for ponies were also played out during Strzegom Spring Open. Luna Richter (NED) with Rolsteds Viola won the CCIP1-S class, and the win in CCIP2-S went to Siw Kaas (NED) with Hesteklewa Be My Best Smokey. 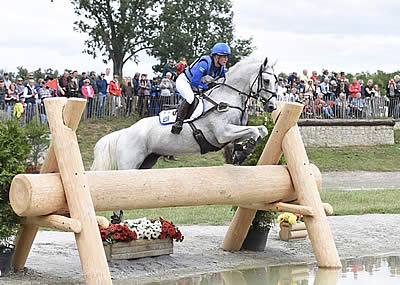 Strzegom, Poland, April 1, 2019: Next week’s show opens a new season of eventing in Strzegom. Over 350 horses on the startlists, competing in 11 international and national classes.

The audience will have the opportunity to see 250 athletes from 21 countries, including China, Japan, and the USA. Polish representatives are the biggest group, with the current National Champion, Jan Kamiński, also competing during the show.

Six international and five national classes of various difficulty levels will be played out at the hippodrome in Morawa. The show will also be the first opportunity to qualify for the European Championships for Ponies, taking place in Strzegom in August, and also to gain points for the Olympic Games rankings for senior riders.

Strzegom Spring Open starts on Thursday with dressage tests. The final showjumping and cross-country rounds, determining the winners, will take place on Sunday.

The entry for the event is free of charge, and kids are welcome to drop by for free pony rides during the show.

Timetable and entries are available on: www.eventing.strzegomhorsetrials.pl.