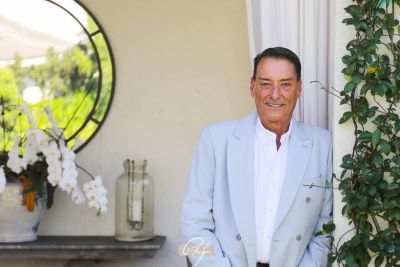 Wellington, Fla. – May 19, 2021 – It is with great sadness and the deepest regrets that Phelps Media Group announces the passing of its founder and Chief Executive Officer, Mason Phelps, Jr. Phelps passed away unexpectedly but peacefully at home of a heart attack. On behalf of the entire team at Phelps Media Group, we extend the deepest condolences to his family, friends, and loved ones.

Mason Phelps, Jr. was the epitome of a lifelong equestrian, maintaining an undeniable relevance in the sport that has defined his personal and professional life. His contributions to the equestrian world include being an Olympic athlete, groom, trainer, event manager, governance leader, media executive, and philanthropy organizer.

“With the passing of Mason Phelps, the entire equestrian community has suffered an unimaginable loss,” said Lenore Phillips, President of Phelps Media Group. “Phelps Media Group and our team of dedicated marketing professionals will continue its professional efforts with the passion Mason would have wished and carry his tenacity of spirit in our future endeavors.”

Born in 1949, Phelps’ passion for horses and equestrian sports started early and he was only sixteen when he was invited to participate in his first training clinic with the United States Equestrian Team. In 1968, he was named US Combined Training Association’s Rider of the Year and was alternate for the U.S. Three-Day Team for the Mexico City Olympic Games. His career as a trainer began in 1972, working first as an assistant at Flintridge Riding Club and later developing his own training stable for hunter/jumpers until his retirement from competition in the late 1990s.

With a proclivity for innovation, Phelps paved the way launching dozens of ingenious events throughout his career. Whether they were equestrian competitions or philanthropic fundraisers, his successful events were often the talk of the town with packed attendance. For example, in 1970, he created and produced the AA-Rated Christmas Show in San Antonio, Texas, an annual event that is still an integral part of the Texas equestrian community. In 1976, Phelps founded the American Jumping Derby (later the International Jumping Derby) in Newport, Rhode Island. The first of its kind, it quickly became a major show on the East Coast jumping circuit through 1988. In 1977, Phelps created the New England Horsemen’s Association Hunt Seat Medal, also still a popular event to this day. In the late 1970s and 1980s, Phelps produced a driving event for the Newport Preservation Society. He was also one of the original organizers of the first World Cup Final in the U.S., in Baltimore in 1980.

In the early 1990s at the Winter Equestrian Festival (WEF) in Wellington, Phelps created innovative classes including the first equitation class for previous winners of the Maclay Equitation Championship and Medal Finals; an equitation class for past U.S. Olympic, Pan American Games, and Nations Cup athletes; and the first hunter classic for the American Hunter Jumper Foundation, held in the International Arena. Phelps was Director of Equestrian Operations at Palm Beach Polo in 1993. He served several years as President of the National Horse Show, reestablishing its prominence at its new home in Lexington, Kentucky following its stint at Madison Square Garden. In 2012, he also organized the World Dressage Masters Palm Beach in Wellington, Florida.

Phelps was Chairman of American Horse Show Association’s (now USEF) Zone I for eight years and served on the boards of the AHSA, USET and Show Jumping Hall of Fame. He also served as President of the New England Horseman’s Council and Rhode Island Horseman’s Association. As an AHSA judge, he judged many horse shows including the AHSA Medal Finals at Harrisburg.

A pioneer and natural leader, Phelps has been instrumental in numerous charity and fundraising events, starting with the famed Newport Roundup in the 1980s. He was one of the founders of the Equestrian Aid Foundation (EAF) in 1996 and in 1998, he produced the first Denim and Diamonds, a benefit gala for the USET Foundation that he produced again in 1997, 1998, 1999, 2000, and 2004, raising millions of dollars that supported the USET.

In 2001, Phelps founded Phelps Media Group which has grown to represent many of the most prestigious equestrian events, organizations, companies, athletes, and businesses. By 2011 he was named to the Wellington Chamber of Commerce President’s Circle for building “America’s most progressive and successful equestrian public relations firm.”

Please direct all inquiries to Phelps Media Group at info@phelpsmediagroup.com and (561) 793-3389.

Wellington, FL – January 24, 2013 – Olympians Debbie McDonald and Mason Phelps are teaming together in a dressage pas de deux exhibition at The Challenge of the Americas March 9 to help raise funds for breast cancer research.

Both Olympians came out of retirement to plan the ride. “It was a collaborative effort to challenge each other to get back in front of the public and it is all for a good cause,” Phelps said. “Debbie and I are thrilled to be helping raise money for breast cancer and we couldn’t have done it in such a big way without the help of so many generous sponsors and helpers.”

Top names are behind the duo, including Carl Hester, who is helping choreograph the freestyle, Terry Ciotto Gallo, who is donating the musical compilation for the disco-themed ride, Samshield, who donated top-of-line helmets for the pair, and Stoddard Oliver, who is tailoring the costumes.

END_OF_DOCUMENT_TOKEN_TO_BE_REPLACED

The Palms West Chamber of Commerce and Palms West Community Foundation checked off an important new year’s resolution in January.  The two organizations are pleased to announce a new partnership with the famed Wellington resident and equestrian, Mason Phelps, Jr.

“One of our top resolutions for the new year was to grow our equestrian presence and to become a stronger voice in advocating for the industry that delivers $185 million of economic impact to Palm Beach County,” said Jaene Miranda.  “In order to accomplish that goal, we needed a great volunteer leader and Mason was on top of that list.  We are extremely pleased that both he and his organization are on board to help us achieve our goal.”  Over the past decade, Phelps and his public relations firm, Phelps Media Group, Inc., International, have established a large, equestrian based network in not only Wellington, but one that reaches all over the world.  Phelps Media Group, Inc., International is recognized as one of America’s most progressive and successful equestrian public relations firms.

END_OF_DOCUMENT_TOKEN_TO_BE_REPLACED

Wellington, FL – January 5, 2012 – Mason Phelps, Jr. the President of America’s leading equestrian public relations firm, Phelps Media Group, is pleased to announce that he will be the host of a new radio show on W4CY.com. The show will kick off on Thursday, January 12, 2012 at 5:00 p.m. Each Thursday, Phelps will host a one-hour session discussing the most important issues regarding the equestrian community, from exciting upcoming events, to the challenges and obstacles the sport faces.

“I think Mason will do phenomenal at hosting a radio show and informing the world about all the great things going on in the equestrian community. He will be using his experience and knowledge to create a very informative and entertaining show,” W4CY owner Dean Piper stated. “After years of working together with Mason, I know that he has both the knowledge and experience to be able to inform the world about current events and things going on in the equestrian community. He is the perfect voice for the equestrian world, throughout the world.”

END_OF_DOCUMENT_TOKEN_TO_BE_REPLACED

Wellington, FL – December 6, 2011 – The PagePlay Equestrian Social Media Awards (ESMAs) is now a global affair with finalists representing countries from around the world. The ESMAs were set up in December 2010 as a way of bringing together the global equestrian community through social media. This year, Phelps Media Group International, Inc. President Mason Phelps, Jr. will hold a position on the panel of judges.

The ESMAs were initially created to allow fans and followers of UK and Irish businesses, brands and professionals, to give their feedback and support for who they truly felt flew the flag for the equestrian industry. Last year, during 10 days on the run-up to Christmas Eve, people were asked to nominate their favorites from 15 varying categories, with the top 10 from each category continuing on to the finals. The 181 finalists represented a range of equestrian sports including racing, eventing, western, dressage, and show jumping. With the enormous amount of nominations, just under 4,000, it became apparent that the ESMAs could reach out to an even broader audience.

END_OF_DOCUMENT_TOKEN_TO_BE_REPLACED

A rider, trainer, event manager, governance leader and charity organizer, Mason Phelps Jr. has spent four decades helping to shape the equestrian industry. With the founding of Phelps Media Group Inc. in 2004, Phelps carved a niche into the world of public relations – equestrian promotions by people who understand the sport, the industry and the lifestyle.

As founder of Phelps Media Group Inc. International, Mason Phelps has been innovative in promoting not only his clients but also the equestrian sport industry in general. PMG Inc. represents clients, including horse shows, farms and athletes throughout the country, and keeps a presence nationwide. Staff work from venues in California, New York, Kentucky and Texas as well as the headquarters in Wellington. With the creation of PhelpsSports.com, a subscription-based website, the equestrian world was given an exclusive “channel” for access and promotion.

With a 30,000-name database of equestrian contacts, farm owners, sponsors and media professionals, Phelps’ access to key stakeholders, equestrian industry leaders and potential patrons is unmatched. In 2008, Phelps facilitated the entry of a new equestrian unit into the Rose Bowl Parade – something that hadn’t happened in nearly a century. The new unit was the United State Olympic Equestrian Team. Through a lifetime of involvement at multiple levels, key industry leaders are not just contacts. They are often close personal friends

END_OF_DOCUMENT_TOKEN_TO_BE_REPLACED

February 25, 2011 – Wellington, FL – Six time Olympian Robert Dover will host an amazing panel on his Dover’s World radio show, discussing everything eventing, attacking the coaching issue for the U.S., course designing and how it has changed the sport, and the one thing on the forefront of everyone’s minds: safety. Dover’s World airs on Tuesday February 15, 2011, at 6pm on WBZT (AM 1230) from Palm Beach to Miami, Florida. The program can also be found at DoversWorld.com, and will be streamed live there for listeners around the world. The roster for the evening’s radio show includes David and Karen O’Conner, Darren Chiacchia, and Phillip Dutton. Also in the evening’s line up at 6:15 is the voice of Welly World, Mason Phelps, who will update everyone on this week’s happenings in Wellington.

Wellington, FL – January 24, 2011 – – Mason Phelps, Jr. the President of America’s leading equestrian public relations firm, Phelps Media Group, has been tabbed to be a weekly contributor and guest on the popular radio program hosted by Robert Dover that airs at 6 p.m. on WBZT, AM 1230, a Clear Channel station in South Florida.

A former Olympic equestrian, and one of the horse industry’s most important insiders, Phelps brings to the airwaves a vast, inside knowledge of everything equestrian, especially in South Florida.

The host of the program, Robert Dover, has earned more honors than any other U.S. Dressage rider in history, competing in six consecutive Olympic Games for the United States Equestrian Team, as well as four World Championship Teams and seven World Cup Finals.

END_OF_DOCUMENT_TOKEN_TO_BE_REPLACED

William Steinkraus is featured as part of our Inspirational People Series and Mason Phelps reviews the fall and winter show season. Listen in right here.