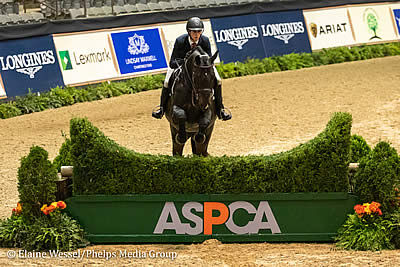 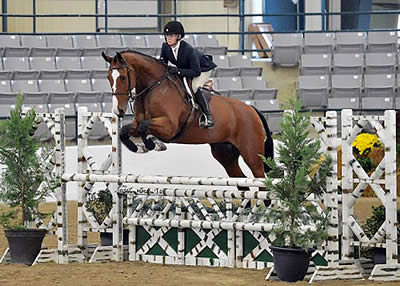 Lexington, KY – October 24, 2014 – The historic National Horse Show is just around the corner and junior riders are preparing to showcase their skills during the ASPCA Alfred B. Maclay National Championship. Held at the Kentucky Horse Park in Lexington, Kentucky on November 2, 2014, the top junior riders in the nation will compete under the watchful eye of judges McLain Ward and Chrystine Tauber to try and capture the coveted winning title.

Throughout the year, riders worked diligently to qualify for one of the eight regional finals, where only the top finishers earned the chance to advance to the championship finals. Leading the way for Region 2 for the second year in a row Michael Hughes, who took home the 2013 USEF Show Jumping Talent Search Finals – East, and looks to add the Maclay National Championship to his growing résumé.

The winner of the Pessoa/US Hunter Seat Medal Finals was Spencer Smith, whose parents Ken and Emily Smith are top trainers and hope to see their son make this a banner year with two equitation titles. Spencer is not the only rider with parents who know how to find a winner, though. Caitlin Boyle’s father Pat Boyle is the owner of Showplace Productions, and he has been helping his daughter every step of the way, including her winning the Region 4 Finals over Smith.

Already a winner at the grand prix level and winner at the 2013 USHJA International Hunter Derby Finals, Victoria Colvin hopes to add one title that is missing from her résumé, and that is an equitation championship. With the support of owner Dr. Betsee Parker, Colvin has spent the year focusing on equitation and hopes this will be her year.

Tickets for the 2014 National Horse Show CSI-W 4* are available online at Ticketleap.com, the official ticket provider for this year’s event. The top-rated equestrian showcase returns to the Kentucky Horse Park in Lexington, Kentucky, on October 28 – November 2, 2014.

Tickets purchased through Ticketleap.com are discounted 20% as compared to tickets bought at the gate. Children 12 and under are always admitted at no charge.

Tickets for each prime-time show on Thursday evening, Friday evening, Saturday evening and Sunday daytime can be purchased now at Ticketleap.com at: http://nationalhorseshow.ticketleap.com/nhs2014/.

The highlights for this year’s show include on Thursday night, the Copernicus Stables, LLC $75,000 International Open Jumpers – Time First Jump Off. Friday night’s feature is the Chansonette Farm $45,000 Gambler’s Choice Top Score Costume Class in honor of Halloween night. On Saturday, it’s the main event, the $250,000 CP National Horse Show Grand Prix. On Sunday afternoon the National Horse Show plays host to the Maclay National Championship for the ASPCA Maclay Horsemanship Class Presented by Dover’s Saddlery beginning early in the morning and continuing with the final round at approximately 3:00 PM.

The prize list for the National Horse Show can be downloaded at: https://www.nhs.org/prize-list-and-entry-forms/.