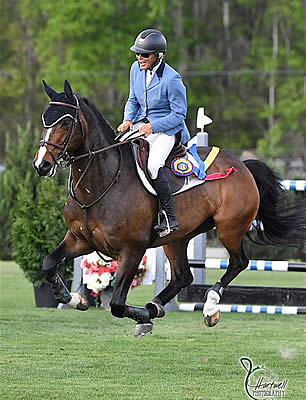 On behalf of the NFHJA I want to thank everyone for their support of the shows in Green Cove Springs this winter. Three great weeks of shows in the sunshine state. This week there were lots of meetings and plans are well underway for 2012 and we hope that you will mark your calendars to come back and for those who did not attend, we hope you will join the winter circuit.

For complete results of the circuit go to www.horseshowsonline.com.

I am packing to head to home to work on entries; the crew is packing and heading to Gulfport to set up.  Closing date is Tuesday the 2nd and Jeff is waiting to hear from us on how many stalls to erect.  If you are planning to attend, please call and make your stall and camper reservations. 843 768 5503 for information or reservations.

Jacksonville Winter III has a new schedule; it is available in the office and on the Classic Company and NFHJA website. Click here for the update: http://www.classiccompany.com/zdocs/jax_sch.pdf.

Had a great trip to Gulfport yesterday and the grounds are looking great for our event.  Closing date is Tuesday February 1st.  Make sure we have your stall and camper reservations soon.  The tents are up for the stalls that have been ordered but to keep costs down this year, we are only putting up the number of stalls that are reserved.  Call 843 768 5503 for information or reservations.

November 19, 2010 – The Gulf Coast Prize list is available online and will be mailed during the week of Thanksgiving. We are very excited out our new class offerings this year.  If you have any questions, please call our office at 843 768 5503.