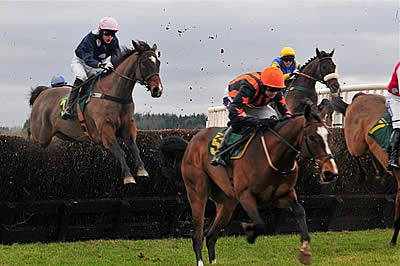 The 2020 Kentucky is heading to its right track as we come closer to this grand horse racing event. The odds are slowly filling up every horse racing platform as few horses qualify already to run for this event. Some of them are now off in the Derby trail, garnering a sure spot in the Run for the Roses.

In two months’ time, the Kentucky Derby will launch its 146th season at Churchill Downs, Kentucky. There are no significant changes to the rules; however, we are expecting a new batch of three-year-old racehorses that will saddle up in the dirt track. As of today, the strongest contenders for the Derby are Ete Indien, Modernist, Enforceable, and Storm the Court.

Although the horses mentioned above might have their automatic berth to the Derby, it doesn’t mean that other hopefuls cannot rise in the ranking. This month, few prep-Derby races will take place, which can help a racehorse to earn big qualifying points so they can generate excellent odds to win the Kentucky Derby in 2020.

Hence, let’s see the line-up of this month’s Derby-prep races and the possible horses that will compete in this event. This will not only give you another opportunity of participating in the betting games, but it also allows you to scout which racehorse deserves the Kentucky Derby crown this year.

The Gotham Stakes will take place on Saturday, March 7, 2020, at Aqueduct Racetrack, Queens, New York. It is one of the major Derby-prep races where a racehorse must accomplish a one ⅛ mile dirt track. The winning horse will not only earn significant Derby-qualifying points but can also take home a purse prize of $400, 000.

Here are the possible horses to compete in the Gotham Stakes this Saturday.

Mischievous Alex
Mischievous Alex is trained by John C. Servis and ridden by Irad Ortiz, Jr. He became one of the favorites today for the Gotham Stakes after he won the Grade 3 Swale Stakes last February 1, 2020, held at Gulfstream Park.  Aside from that, he also won the Parx Juvenile Stakes last November 5, 2019, at Parx Racing.

Untitled
Untitled is Mark E. Casse’s entry to the Gotham Stakes. He competed against Mischievous Alex in the Swale Stakes, but he only ended up in fourth place. Last February 14, 2020, he fought in Allowance Optional Claiming at Tampa Bay, where he got second place.

Big City Bob
This three-year-old colt is trained by Jorge Duarter Jr., who will saddle in the Gotham Stakes. He is the current titleholder for the Sapling Stakes held last September 1, 2019. Recently, he competed in the Champagne Stakes, where he ended up in third place.

The Tampa Bay Derby is another Kentucky Derby prep race that will also take place on March 7, 2020. All racehorses joining this event will compete in a 1 1/16-mile dirt track at Tampa Bay Downs, Oldsmar, Florida. The same with Gotham Stakes, the winners will earn Derby qualifying points and might take home $350, 000 worth of purse prize. Here are some racehorses that will run in the Tampa Bay Derby.

Chance It
Chance It had successfully gathered impressive Derby points, and he’s looking forward to adding more so he can secure a sure spot for the upcoming Kentucky Derby. He is the current Mucho Macho Man Stakes titleholder that takes place last January 4, 2020 at Gulfstream Park.

Sole Volante
After winning the third place in the Mucho Macho Man Stakes, Sole Volante competed in the Sam F. Davis Stakes last February 8, 2020, where he won the title. He will run in the Tampa Bay Derby so he can earn a ticket to compete in the Run for the Roses.

Storm the Court
Storm the Court has continuously impressed every horse racing fans after placing fourth in the San Vicente Stakes. He will run in the San Felipe Stakes to seal his entry to the Kentucky Derby by earning solid quaying points if he wins.

Authentic
Authentic doesn’t want to miss any Derby-prep race to boost his placement in the current Kentucky Derby odds ranking. This Grade 3 Sham Stakes winner is taking another chance in the San Felipe Stakes to lock his entry in the Run for the Roses successfully.

With the Derby-prep races bound to happen this weekend, racehorses that can finish the racing game with flying colors can surely boost their ranking and might secure their spots in the upcoming Kentucky Derby race.