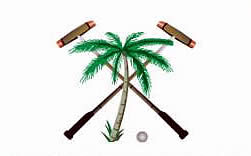 World’s Top Ranked Arena Polo Players Get Ready to Battle in Arena Showdown on Thursday, January 26th at 6:00 p.m. with One of the Highest Ranked Matches in Arena Polo History

The Gladiator Polo inaugural arena polo event, sanctioned by the United States Polo Association (USPA), is set to take place on Thursday, January 26, with gates opening at 6:00 p.m. Free general admission for spectators will include a number of family-friendly activities including chariot racing, gladiator jousting, spectator skill challenges as well as Wellington’s favorite band Wonderama. An authentic Argentinian Asado (BBQ) will be available for a fee of $30 per person and can be reserved online at http://bit.ly/2jOWRVG. It will be hosted at the VIP pavilion overlooking the arena.

Arena polo is a fast-paced version of polo played outdoors in an enclosed all-weather arena.  Unlike outdoor polo, which is played on a 10-acre field, arena polo is played on 300-by-150-foot field, enclosed by walls of four or more feet in height. A polo ball is similar to a mini soccer ball and is larger than the hard plastic ball used outdoors. Arena polo is typically far more financially accessible than outdoor polo and a great entry point for new and young players. Unlike grass polo which is four players per team, arena polo utilizes three players per team.

The Spartacus team, sponsored by Carol Sollak and Engel & Völkers, will feature players Tommy Biddle (10 goals), Kris Kampsen (8) and Santi Torres (7). Contributing sponsors for the Spartacus team are Goose Island Beer, W Development Group, Palm Beach Equine Clinic, and Cavalleria Toscana. Spartacus will face the Crixus team, sponsored by Richard Schechter and the Bainbridge Companies, with players Matias Magrini (9 goals), Mike Azzaro (9) and Felipe Viana (7). Contributing sponsors for Team Spartacus are Shock Top Beer, Equisport Division of Marshall & Sterling Insurance, Pegasus Builders, and the Maya Group at Illustrated Properties. Richard Schechter, CEO of the Bainbridge Companies, one of the Winter Equestrian Festival’s (WEF) longest-running sponsors, was the first to step up to sponsor the event. Schechter commented, “Wellington’s equestrian lifestyle is unique in the World. I am always supportive of innovative ways to strengthen Wellington and enhance that experience.” Carol Sollak, a top WEF and polo sponsor, added, “We need to find ways to bring horse sport to a broader audience, I wanted to make sure we support that effort.”

The International Polo Club, in collaboration with the Palm Beach Riding Academy (PBRA) will be launching the IPC Polo School initiative on Thursday, which will identify and train the next generation of polo players for all skill levels. Each of the Gladiators, Kris Kampsen, Mike Azzaro, Matias Magrini, Tommy Biddle, Felipe Viana, and Santi Torres will donate a one-hour lesson to a lucky child/young adult in attendance at the Thursday night event in order to help launch their “polo career.” Each of the six lucky riders will receive a gift bag as well as receiving a jersey from their gladiator team.

The Gladiator Polo night will also introduce two of the world’s most advanced riding simulators. One simulator teaches general riding skills, and the other trainer teaches polo riding and “stick and ball” training. Each simulator will be based at the Equestrian Village site for the season.

The USPA Polo Network will live stream the event at www.uspolo.org. For more information on Gladiator Polo, please visit www.gladiatorpolo.com or call (561) 793-JUMP.