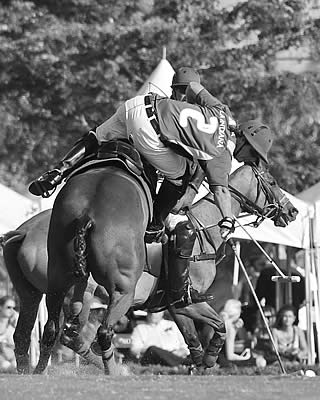 LEXINGTON, KY (February 24, 2011) – Famed novelist James Michener once wrote, “Though equus has fired the imaginations of painters from the prehistoric hunter-artists of Altamira to Leonardo da Vinci, Velazquez, Goya and Picasso, still in the history of photography no cameraman has recorded the horse with such excitement and personal style as has Robert Vavra.  His photographs are works of art; they are interpretations of the horse as perceptive as those done by Stubbs and Remington.  They are a joy to see, because they evoke the inner nature of the horse.”

Today Vavra is universally recognized as the world’s premier photographer of equines, and his work will be the focus of the Kentucky Horse Park’s next exhibition, Vavra’s Vision: The Equine Images of Robert Vavra, Mar 19 – May 30 in the International Museum of the Horse – a Smithsonian Affiliate. The exhibition is being presented courtesy of the International Institute of Photographic Arts.

By portraying the horse in his fresh and very personal way, Vavra has become an icon in his own lifetime. He is the author of 37 books accounting for more than 3 million volumes in print, in eight languages. This retrospective exhibition will delve into the world that Vavra has created through his lens over the last 60 years while circling the globe. In photographs, in film and in print, his images capture the strength, beauty and wisdom of the horse.

The internationally acclaimed equestrian photographer Paula da Silva is going to teach an international equine photography workshop from 30th April to 4th May 2011, in Portugal.

This year’s theme will be the Lusitano horse and Portuguese equestrian traditions. The participants of the workshop will get to visit some of the most charismatic places related to the Lusitano horse, where they will be able to photograph several aspects of Lusitano horse breeding, High School work, etc.

Registrations close in the end of January. For more information, please visit the website www.lusitanosonfocus.com and the Facebook page “Lusitanos on Focus” (http://www.facebook.com/pages/Lusitanos-on-Focus/100736449986516).

On one of the last warm days of the summer, international traveler and renowned equestrian photographer Gabriele Boiselle celebrated the 200th anniversary of Voglerhof, her family’s farm in Speyer, Germany.

Festivities began at 3 PM local time in the farm’s courtyard, but then ran well into the evening, with glittering lights and twinkling candles illuminating the celebration. Guests included Gabriele’s mother, Margaret, as well as friends from across the globe, sharing laughter along with anecdotes and stories from times past. Glasses overflowed with good wine and Champagne, and Catering Butcher Schreiner provided a menu filled with delectable goodies.

While Voglerhof is now the headquarters of Edition Boiselle, Gabriele says she remembers the days when she was growing up, when the farm was filled with animals.