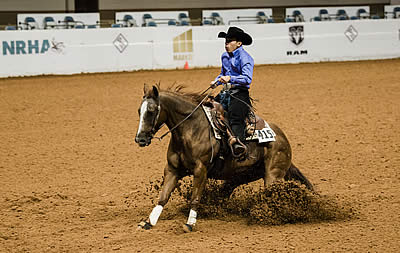 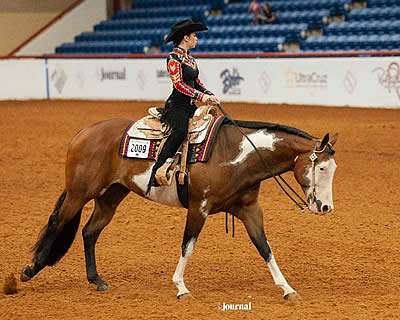 “We are so proud of our Western riders competing in the APHA World Show IHSA Invitational Class,” said Peter Cashman, IHSA executive director. “These determined student-athletes have worked hard throughout a season cut short due to coronavirus and it will be great to see them shine on the world stage.”

The IHSA 2020 Western Regional high-point riders were invited to participate in the two-phase competition consisting of a horsemanship and reining phase. This event is the first time the IHSA will participate in the APHA event and kicks off an exciting partnership between the two organizations.

“Our association with IHSA is an honor for us,” said Billy Smith, EdD, APHA executive director. “These are opportunities that deliver benefits for the entire horse community far into the future.”

The 12 riders participating in the APHA World Show IHSA Invitational Class range from sophomores to seniors representing member colleges and universities from coast to coast. 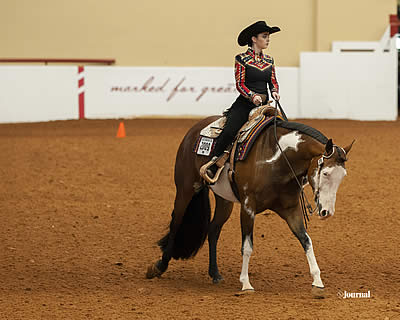 Fairfield, Conn. – June 3, 2020 – The American Paint Horse Association (APHA) will offer an invitational class for the Intercollegiate Horse Shows Association (IHSA) 2020 Western Regional Open division high-point riders at their APHA World Championship Show. The premier all-age breed show will be held at the Will Rogers Memorial Center in Fort Worth, Texas, Sept. 21 – Oct. 4, 2020. The APHA will announce the schedule details when they are confirmed.

“APHA is very excited about the opportunity to host this event,” said Dave Dellin, American Paint Horse Association’s senior director of judges, shows, and education. “This will be an awesome opportunity for lots of young equestrians to experience the Paint horse and the APHA World Show.”

This year, the APHA World Championship Show will offer Open, Amateur, and Youth Divisions. This event is the first time IHSA will participate in the APHA event and kicks off a new partnership between the two organizations.

“We are thrilled that the APHA has offered this class to our Western high-point riders,” said Peter Cashman, IHSA executive director. “It is a wonderful opportunity to showcase our members and our organization at a major event. We look forward to working with the APHA.”

IHSA 2020 Western Regional high-point riders are invited to participate and horses will be provided. Though the show is produced by the APHA, the riders will draw for horses and the division will be run much like the IHSA classes. The invitational class will be a two-phase competition with a horsemanship and a reining phase.

The IHSA has showcased their Open level hunter seat riders at events like the Longines Masters New York and the National Horse Show in Lexington, Kentucky. The APHA World Championship Show will be the first-ever standalone feature class for IHSA Western Open riders at a world-class competition. 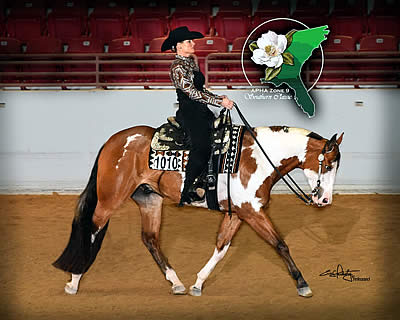 March 31, 2010 – Colonels Smokingun, better known as Gunner in the reining world, has recently been named the unofficial eighth National Reining Horse Association (NRHA) Two Million Dollar Sire. He accomplished this only three years after being named a NRHA One Million Dollar Sire. This was, in part, due to the recent successes of his offspring at the 2009 NRHA Open Futurity, the 2010 NRHA European Futurity and the 2010 Cactus Reining Classic, which brought his unofficial total NRHA offspring earnings to $2,000,453. Gunner was the first American Paint Horse to achieve the NRHA million-dollar mark, and is now the first Paint to reach the two million dollar mark.

Sired by Colonelfourfreckle (AQHA son of Colonel Freckles) and out of Katie Gun (AQHA), the bald-faced stallion, which is registered with the American Paint Horse Association (APHA), has an impressive lifetime record with the association. He won back-to-back World Championship Paint Horse Show Open reining titles in both 1996 and 1997, in addition to the other reining honors he earned throughout his career with APHA.