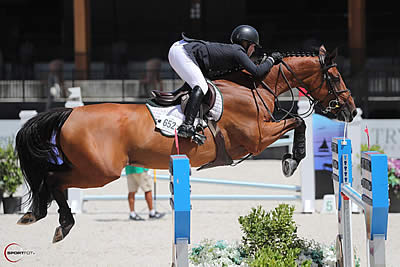 The course set by Peter Grant (Alberta, Calgary) saw 27 trips test the first round, with ten horse-and-rider pairs returning for the jump-off round. Pielet and the 2007 Belgian Warmblood mare (Diamant de Semilly x Tiffany) owned by Co-Pielet, LLC have been partnered for five years, “from the Children’s Jumpers to this, which is actually my first Grand Prix win,” she revealed. “She’s like my pride and joy.”