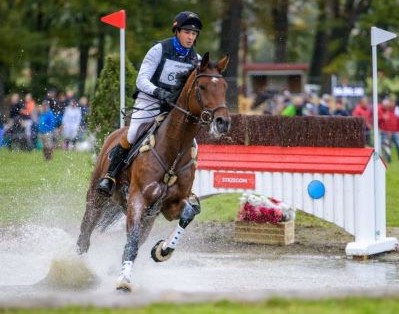 There’s only a month left till international competitions start in Strzegom. What can the riders expect in the coming season? Five international Eventing shows with other 50 competitions including Nations Cup and FEI European Championships for Ponies in Eventing, Jumping, and Dressage.

For many riders it will be the first four-star competition this year. The cross-country courses will be design with the aim to give a chance for riders and horses to enter the season smoothly. “In April in Strzegom, the fences always meet the requirements of the level of the competition, but the technical combinations are definitely easier than at the Nations Cup in June. Everything is ready for the event in April including lots of new ideas and questions not seen in Strzegom yet. It will be interesting to see riders’ reactions,” says Marcin Konarski, Course Designer.

The Strzegom Horse Trials, during which the third series of the Nations Cup competition will be held, will take place at the last weekend of June. There will certainly be no shortage of attractions on the cross-country course. It is during this event that cross is the most difficult and spectacular. The riders will compete in seven classes from two to four stars in short and long formations and the Intro class. Competitions for Juniors, Young Riders, and Ponies will also be held: CCIJ2*-S, CCI3*YR-S, CCIP2-S. During the Strzegom Horse Trials, Polish Senior, Young Riders, and Junior Champions will also be selected.

The sports thrill will hit the pick during the summer holidays. The first weekend of August will see the start of the European Pony Championships in three disciplines: Jumping, Dressage, and Eventing, and the Strzegom Summer Tour event will take place over the last weekend of August. Riders will compete in the Intro class and short format competitions from two to four stars. This event is especially recommended for pairs making their debut at a higher level than they competed so far.

The season finale will be the Strzegom October Festival, during which competitions of one to four stars in both formats will be held.  At the same time, the European Youth Eventing Masters tournament will be held, which will determine individual and team winners in the youth categories. The event will take place in mid-October.