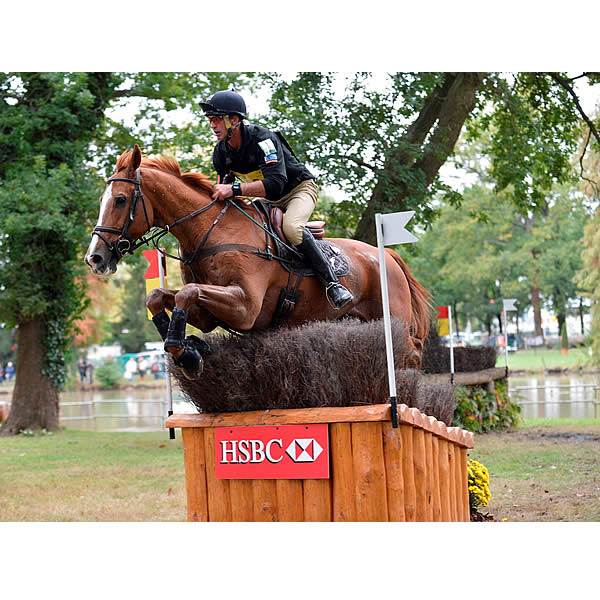 He also capped a brilliant season by finishing second, behind William Fox-Pitt (GBR), in the HSBC FEI Classics 2011/12 and makes no secret of the fact that he would like to go one better this time and become the first New Zealander to head the leaderboard.

To add to the excitement, if Nicholson wins at Kentucky, he will set up the first ever head-to-head for the Rolex Grand Slam, with Fox-Pitt, the weekend after at the Mitsubishi Motors Badminton Horse Trials (GBR) on 3-6 May.

This tantalising scenario is eminently possible, as Nicholson has two useful rides at Kentucky: Calico Joe, placed in two CCI4* last year, and the striking black horse Quimbo, one of the many Spanish-bred horses he favours competing.

Nicholson has described the latter, winner of Boekelo in 2012, as one of the best horses he has ever sat on – some compliment from the man who has probably ridden a greater variety of event horses than anyone else.

However, he faces stiff competition in Kentucky. Phillip Dutton (USA), who has a great record at the premier US event and won in 2008, has two exciting up-and-coming horses, Fernhill Eagle, 12th last year, and Mighty Nice, a reserve for the London Olympic Games.

Other leading US riders in action include Buck Davidson, three-handed on Park Trader, Mar de Amor and Ballynoe Castle RM, Dutton’s Olympic team mate Boyd Martin on the nine-year-old Trading Aces and the experienced combination of Will Coleman and Twizzel.

King, who became the first rider to finish first and second at Kentucky, in 2011, and is the only woman to have won the HSBC FEI Classics, returns with the powerful jumper Fernhill Urco. The grey featured in that memorable 2011 result, in second place, and is returning from a year on the sidelines.

Fox-Pitt also has good ammunition: his two rides are the German-bred Seacookie TSF, the horse that gave him his record 50th CCI win last year, at Blenheim, and the chestnut stallion Chilli Morning, winner of Bramham CCI3* last year.

A total of 47 athletes from seven nations will be competing in Kentucky, with 14 candidates – 11 from the USA and three from Canada – for the $1,000 HSBC Training Bursary awarded to the highest placed rider never to have previously completed a 4-star event.

The Ground Jury will be made up of Nick Burton (GBR), who judged at the London Olympic Games, as President, along with Christina Klingspor (SWE) and Brian Ross (USA). Tom Ryckewaert (BEL) will be Technical Delegate and Derek di Grazia (USA) is now in his third year as Course Designer.

The action kicks off at the Rolex Kentucky Three-Day Event on 25 April, with live results on www.rk3de.org.