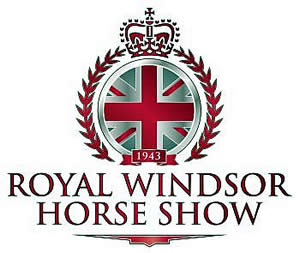 The UK’s largest outdoor horse show, Royal Windsor Horse Show, has appointed Revolution Sports + Entertainment in the year that it introduces International 3 Star Show Jumping and Dressage to its schedule.

Running from Wednesday 14th to Sunday 18th May, Royal Windsor Horse Show, which has been attended by HM The Queen every year since it started in 1943, will become a CHI (Concours Hippique International) for the first time this year. Revolution Sports + Entertainment have been selected to build the event’s profile in the consumer and lifestyle media, whilst maintaining the close relationship the show has with its core equestrian and sports media.

The prestigious five-day show, which has over 3,500 competitors, is now the only event in the UK which stages international competitions in four different equine disciplines: Show Jumping, Dressage, Driving and Endurance. This year the total prize money has received a welcome boost bringing it to over £250,000 – a substantial increase from 2013 when it was £87,000.

Show Director, Simon Brooks-Ward, said: “Revolution possess the unique combination of in depth knowledge of all equestrian sports as well as having consumer and lifestyle media specialties. We are delighted to have them on board in what will be a very important year for the show.”

Rod Kohler, Managing Director at Revolution, said: “Royal Windsor Horse Show is one of the most prestigious horse events in the British calendar and we are thrilled to be working on it. It’s a particularly exciting time for all British equestrian sports right now and this is the perfect event to showcase sports that would not normally get a lot of media attention to a wider consumer audience.”

The Royal Family has had a long association with the show, with King George VI being Patron for the opening show in 1943, which was started to raise money for the war effort. Today, HM The Queen is Patron of the show and she often has a number of horses and ponies competing at the show. Other members of the Royal Family, including HRH The Duke of Edinburgh and HRH The Princess Royal, have actually taken part in the show’s competitions.

Once again the show receives loyal and important support from The Kingdom of Bahrain and sponsors Land Rover, Laurent Perrier, DAKS, Hermes, Alltech and Coworth Park.