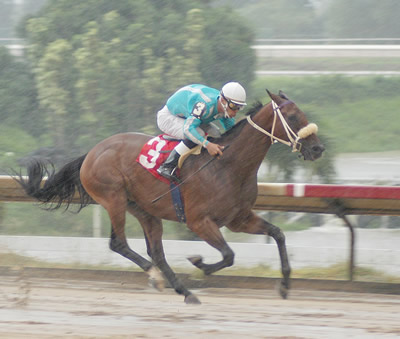 From 2008 to 2010, I owned an ex-racehorse, Panimetro (1999-2010), a Thoroughbred rescue from the Virgin Islands. He was cared for by VICCTRE (Virgin Islands Community Cooperative Thoroughbred Retirement Effort) until he was adoptable. He was a multiple graded stakes winner with career earnings from 2001-2005 of $300,500.  We assembled a list for all your information about horse racing betting from bookmakers to racetracks to help in choosing whether you want to head over to the racetrack and place your bets, or go online and make a horse racing wager from home.

During “Metro’s” last race, he had a horrible accident where he suffered four major fractures in his left front ankle, an injury similar to the one suffered by the famous racehorse, Barbaro, the Kentucky Derby winner that was euthanized due to complications in the healing of his leg.

“Metro” could have met the same sad fate but he was able to heal himself by lying down for long periods over a year and a half and allowing VICCTRE caretakers to attend to him. He loved the attention. The fetlock had a lot of calcification, but it healed enough for him to be a regular horse for a while. 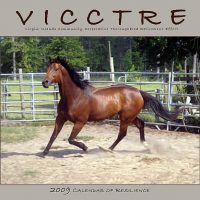 Metro was on the cover, and the inside, and as the December horse on the 2009 VICCTRE calendar. You’ll see him running around still like a racehorse, even with his injured left front leg.

Metro came to the equine rescue organization, Habitat for Horses, in March of 2009 when he was brought here from the Virgin Islands. He was such a character and loved people! He was able to run around, buck and play and jump over a water puddle in front of his paddock that filled up when it rains a lot.

He had a wonderful stall with a ceiling fan and open access to paddocks that opened into his own pasture. It was so cool to see him run in from the pasture for his dinner. Metro was such a gentleman and was trained well at the track to stand quietly for the farrier and when being washed. He got fed 3 times a day plus a lot of loving and TLC, so he was in horse heaven. He even “learned to use the bathroom” in the paddock instead of in his stall.

He was a wonderful companion-horse to my mare, Rocki. Early on he and Rocki were turned out together, but it proved to be too much for Metro. He wanted to run and play too much so I closed him in the back pasture and my mare in the front pasture. But of course, they played with each other over the tall fence between their stalls.

Sadly, Metro passed in the Fall of 2011. His leg finally gave away. He is buried in my back pasture. I cried so much over this – I had never had my own horse euthanized before.