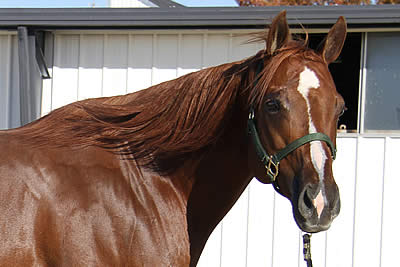 The 16-year-old mare Remember Me Rose is the newest AQHA Dam of Distinction.

The award recognizes the accomplishments of racing broodmares. To qualify for the award, a mare must meet one or more of the following criteria:

The mare was bred by Dr. Max and Linda Alumbaugh’s MLA International, was foaled in 2004 and was purchased as a yearling and raced by Azoom LP. She began her career in Mexico, but quickly came to the United States and finished second in the Rainbow Futurity (G1) and fifth in the All American Futurity (G1). She then won the AQHA Juvenile Challenge Championship (G2) and the Southwest Juvenile Championship, which was then ungraded, and capped the year with a win in the Sunland Winter Futurity (G2). The following year, she won the Ruidoso Derby (G1) and was second in both the Texas Classic Derby (G1) and Championship at Sunland Park (G1).

As a broodmare, she has to date produced 28 foals, of which 19 are starters and 15 are winners. They have earned more than $2.3 million.

Her three Grade 1 winners include Powerful Favorite, Runforyourlife, and most recently Cyber Monday, who won the Ruidoso Futurity (G1) on June 7. All three horses are sired by Favorite Cartel.

Remember Me Rose is sired by Corona Cartel and is out of the Zevi (TB) mare Im Moonlighting.